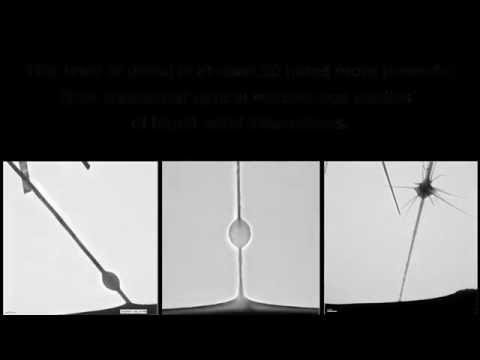 The phenomenon is commonly known as capillary action — where liquids naturally flow through narrow spaces. In this instance, it occurs on the outside of the nanowire. Using special equipment that provided the first detailed footage of this phenomenon in action, the researchers also found that the liquid would collect in areas where nanowires crossed, building up tiny reservoirs.

Once fully understood, this discovery could be used for microscopic medical machinery that won’t be dependent on an outside power source, and — as boring as they might be — even better inkjet printers. [YouTube]