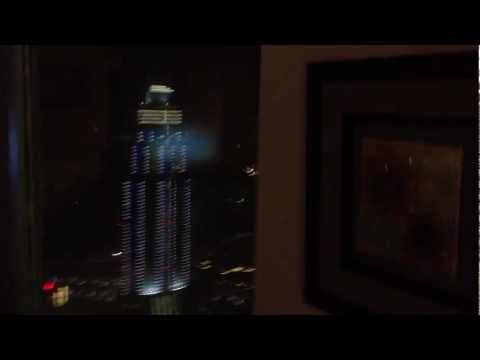 Gizmodo friend (and Dubai documenter) Gerald Donovan says the city was hit with an enormous storm a few days back. And you can hear in the video up top, even a tower built with every possible luxury of modern design still moans like a rickety old boat when it’s pummelled by the elements, due to the fact that it’s actually swaying back and forth.

But that’s a good thing — buildings like the Burj are engineered to (gently) sway and shift under duress, constructed so that the superstructure can bend a little bit in any given direction. The alternative would just be breaking in half — and all 830m of the Burj would be a terrible thing to clean up. So, as much as the clanking, croaking sounds of strained metal might make you run for the lift on a night like this, just be glad we can build impossibly tall towers in the middle of the desert that withstand nature’s worst — Donovan’s friend, who recorded the video, says “you actually couldn’t feel a thing”. But maybe pour yourself a scotch during just in case.