Defend Yourself Against Bullies By Training With This Resilient Balancing Bot 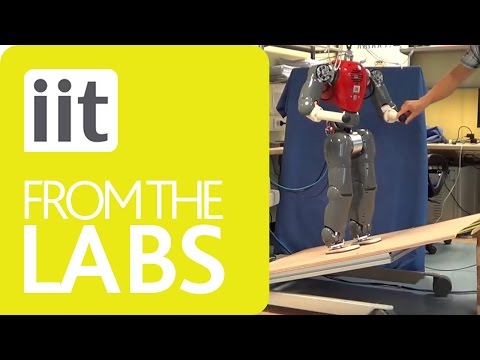 Developed at the Istituto Italiano di Tecnologia in Italy, Coman, which is short for compliant humanoid, is designed with joints that absorb impacts and shocks helping it stay balanced in various situations. Given humans are still susceptible to falling and stumbling when navigating our surroundings, if there’s any hope for a bi-ped robot of doing the same, they’re going to need systems like this that allow them to recover when they miss a step or bump into something.

But does that really excuse these researchers from being straight-up jerks to Coman? After a few gentle shoves we get the general idea of what it’s capable of, so maybe they should go pick on robots their own size. Like Johnny Five from Short Circuit, or maybe that robot butler from Rocky 4 — he needs to be taken down a peg. [Italiano di Tecnologia in Italy via Automaton]