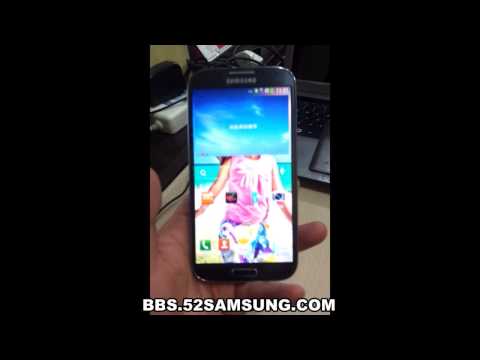 We’re now just two days away from Samsung’s Galaxy S IV announcement, but this video claims to show off the phone ahead of launch.

Following yesterday’s alleged photographs of the phone, the same source has released this video, which might or might not show off the Galaxy S IV in action. Grab a pinch of salt and take a look.

Firstly, it’s certainly a working handset. It bears many of the rumoured specs of the new phone, including what appears to be a 5-inch screen, a thinner bezel and TouchWiz (yay?). There also appears to be a pair of SIM card slots at the back.

Whether or not this is the device we’re waiting to see unveiled on Thursday, it’s almost impossible to say. It is possible to say, however, that this guys needs to learn to shoot video in landscape. [YouTube via Sammy Hub via The Verge]