Watch The Universe Drawing An Awesome Spirographs In The Sky 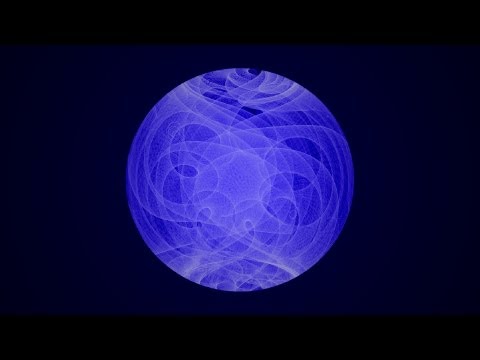 Universe, you will never cease to amaze me, with all your galaxies and your pulsars and supernovas and your planets and your alien civilisations that never show up and all that starstuff we love so much. You know, like the fact that you draw perfect spirographs in the sky all the time.

Just take a look at what Scott Wiessinger — Helio and Astrophysics Video Producer at NASA Goddard — made: a plot of the Fermi Gamma-ray Space Telescope’s view of the Vela Pulsar. Here’s what he told us via email:

As Fermi orbits the Earth and alters how it points, the position of Vela changes it its field of view and this change traces an interesting and complex pattern. I made a video of the pattern getting traced out over time, and a still image showing slices of the pattern at various stages (small version attached.) I worked on this mostly because I thought it was visually appealing, but very different from most of the images you see from NASA. Both the image and the way it appears on the screen in the video reminded me of a Spirograph, which is where the title came from.

A spirograph indeed. If you want to know more, you can go to NASA Goddard.