This Delightful Dragonfly Drone Swims Swiftly Through The Air 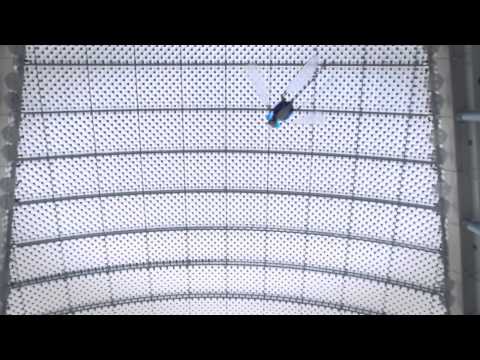 Designed by Festo, the BioniCopter does have some subtle little tricks up its sleeve. Each of its four wings, for instance, has 90 degrees of freedom and its head and tail move to counterbalance the drone’s jerky movement with the help of shape-memory alloy structures.

But mostly it just looks cool. As you can see in the video above, it just sort of breaststrokes its way through the air like it’s nothing, while tossing off little mini-seizures in the process. Festo will be debuing the little drone in April, though its ultimate use-case is up for grabs. Looks like someone finally made the CIA’s decades-old dreams come true. [Canadian Manufacturing]