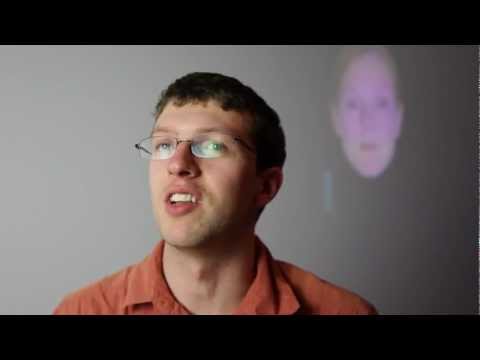 Hoping to be holding the personal assistant of the future, researchers at the University of Cambridge have unveiled what’s supposedly the most realistically esxpressive controllable avatar ever. Move aside, Siri — this is what you get for mouthing off.

To develop the virtual, controllable avatar (dubbed Zoe) with what they claim is “unprecedented realism”, they had an actress read over 7000 different simple sentences, in different emotions, while the researchers tracked facial expression. With all that data combined, simply input the phrase and emotion of your choice, and Zoe becomes your almost-as-good-as-real plaything.

Of course, they’ve still got a ways to go; Zoe hasn’t quite shed all the jerky robotic mannerisms yet. In the video above, for instance, Zoe shows off a self-declared “soothing” voice, although it sounds more like a cyborg Mary Poppins nightmare — but different strokes, I suppose.

Still, even if Zoe isn't entirely believable, she's at least perfectly understandable. Volunteers were able to correctly recognise her chosen emotion with a 77 per cent accuracy rate. To put that number into perspective, those same volunteers only achieved a 73 per cent accuracy when attempting to identify the emotions of the real-life, 100 per cent human Zoe Lister. Apparently, our talking head does human better than humans.

So what's next for Zoe? Well, her personal assistant aspirations are entirely feasible, considering she only takes up about 10MB of data. Not a fan of Zoe? No problem! The next step will be allowing anyone to upload their very own face with nothing more than few head shots and several seconds of recorded speech. Plus, they're even hoping to make Zo-Zo adaptive, so you'd be able to fully interact with her and her alone, no people for me, no thank you.

The video ends as Zoe signs off with a promise/threat for the future:

One day I might appear on your phone. I could be your personal assistant, your mentor, or your carer. Perhaps you will see me in video games, or advertising, or even in the movies.

There is no escape.

[University of Cambridge via Gizmag]