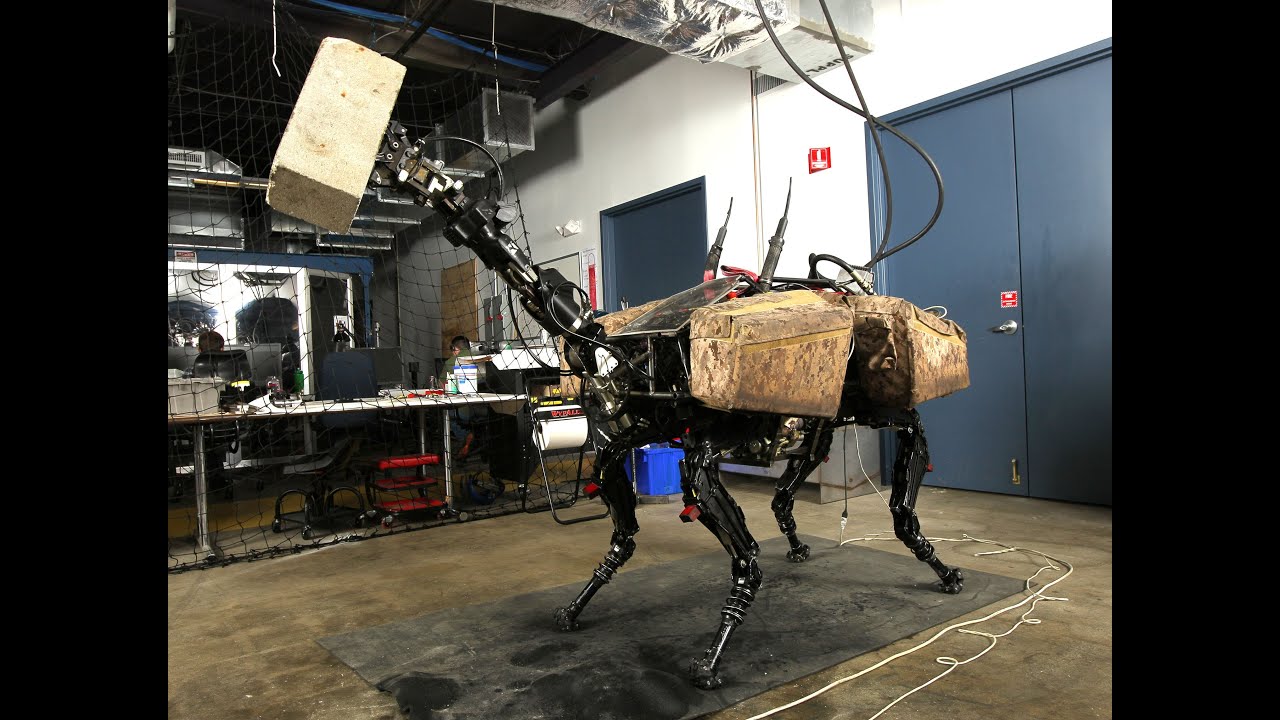 Boston Dynamic’s Big Dog was already one of the most advanced — and terrifying! — robots on the planet. Well, it just got scarier, because now it can accurately throw cinder blocks at you while on the march.

The robot, built by Army Research Laboratory Boston Dynamics, is designed to tramp across uneven terrain, and it does a good job of it. But now it’s got an extra arm, which it can use to pick things up.

But it’s not that straightforward: the robot coordinates the arm’s movement with its legs and torso to really put its back into throwing objects, like the cinder block in this video. You don’t want to get in the way. [Boston Dynamics]