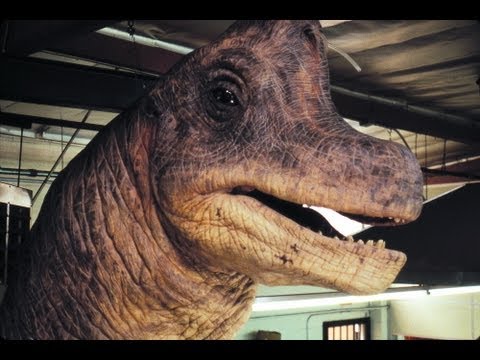 In shots where they were seen walking, Jurassic Park’s resident brachiosaurs were realised with ground-breaking computer animation. But, for shots when the film’s human characters interacted with them high in the trees, the brachiosaurs were brought to life with complicated animatronics created by Stan Winston Studios.

And while you normally only hear about an actor’s performance in a film, animating the brachiosaur actually required six puppeteers in total — controlling everything from the dino’s tongue, to its eyes, to its jaw — who had to coordinate their performances to ensure the creature had lifelike and believable motions. And, like actors, it required plenty of rehearsals to get everything just right before they got on set.