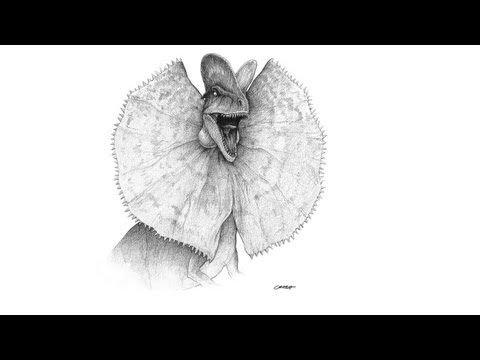 The original Jurassic Park came out 20 years ago. While the VFX industry has shifted more towards computer-generated effects since its release, it’s still awesome to see how some of the film’s practical effects were realised.

More: Life In The Movie Business: An Inside Look At The VFX Crisis

While the spitting Dilophosaurus wasn't exactly the star of the movie, listening to Rick Galinson explain how it was engineered and perfected for its on-screen performance is utterly fascinating. The biggest surprise? The scariest part of the robot dinosaur wasn't the paintball gun poison firing mechanism, but its creepy super-articulated tongue, which was clearly robbed of a best supporting actor nod at that year's Oscars.