How Do Insects Stay So Healthy? Their Wings Shred Bacteria 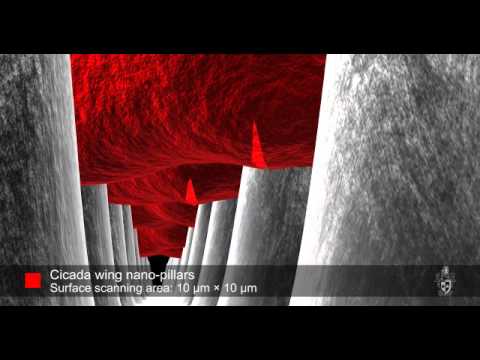 Studying the clanger cicada, biophysicists discovered hexagonal arrays of microscopic nano-scale blunt spikes covering the surface of their wings. When bacterium lands on these surfaces, it has a natural tendency to flow into the valleys between these spikes, which stretches its outer layer until it tears and dies. Similar to how an over-filled plastic bag will stretch thin until it eventually ruptures.

Besides providing more proof that our insect brethren will probably outlive us all, the same techniques could be used to create microscopic nano-spike coatings for public surfaces, like doorknobs or railings that would automatically eradicate bacteria without the need for harmful chemicals. [Nature via Popular Science]