Google Has A Hip-Hop Sensation Employee, And This Is His Google Song 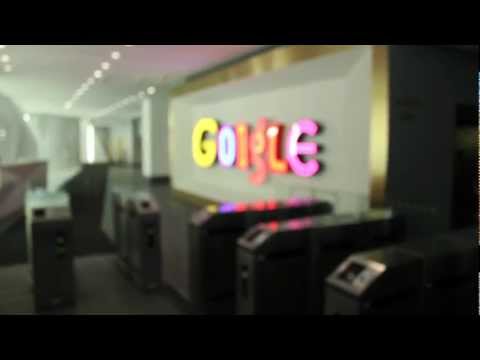 Andrew Fink is a New York-based Google drone by day and unsigned hip-hop artist from Baltimore by night. Today is his 25th birthday, and he just collopsed that Jekyll and Hyde existence into a music video. “Welcome to Google” is filmed in the company’s offices, but the rhymes are all Fink’s. We’re speechless.

I can’t get this hook out of my head. “Welcome to Google, this is the Googleplex/ The home of where the future’s kept.”

This is an impressive cut that goes far beyond demonstrating an impressive knowledge of Google products and services. Fink’s flow is totally respectable. He’s not just another Google nerd. This is no hip-hop hobbyist. Fink is going to go huge. This man has studied. From his Facebook page (no, he doesn’t have a Google+ profile):

Fink is a student of music, and not just hip-hop. He understands that just about every form of sound has something to offer; something to learn….

Fink doesn’t just work for Google. He’s got crazy skills. With those two together, he might be unstoppable. “Welcome to Google, this is the Googleplex/ The home of where the future’s kept.”