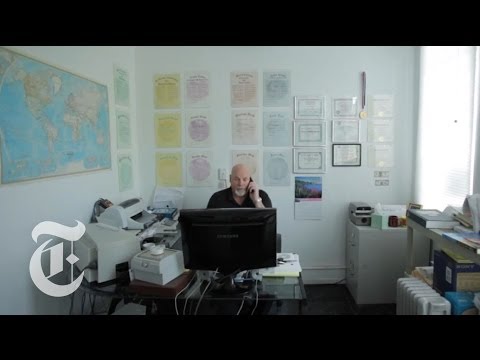 Meet Dennis M. Hope, 65, of Gardnerville, Nevada. Dennis owns the moon. As the New York Times explains, Dennis claims to have filed a declaration of ownership with the United Nations. It’s all legal, guys!

No nation by appropriation shall have sovereignty or control over any of the satellite bodies.

And our lawyer-cum-entrepreneur of a moon landlord noticed that no where in them fancy legal words was there any mention of the individual, noting that “this is the loophole” that allowed him to follow his ethereal dreams. The New York Times sought the opinion of Ram Jakhu, of the Institute of Air and Space Law at McGill University, who offered up a resounding, “I don’t see a loophole.” Go get ’em tiger!

Interested in owning a piece of the future? Dennis currently sells around 200 moon plots per day at a cool $US20 a pop. Of course, don’t forget to add in the $US1.51 lunar tax and the $US2.50 required to put a name on the document — standard fake-moon buying procedure.

Still, this would all be fine — to each his own or whatever — but as Dennis notes, there are over FIVE MILLION PEOPLE in 151 countries that have said to themselves: “You know, I want to pay money for a meaningless piece of paper making ludicrous claims. You own the moon, you say? Great, let’s talk timeshare.”

But words really can’t do this man justice. Watch the video for yourselves; you’ll even get to learn from The Dear Overlord himself all about our future moon empire — our pyramid-based moon empire, no less. You can also read the full New York Times piece on Ramses reincarnate here. [New York Times]