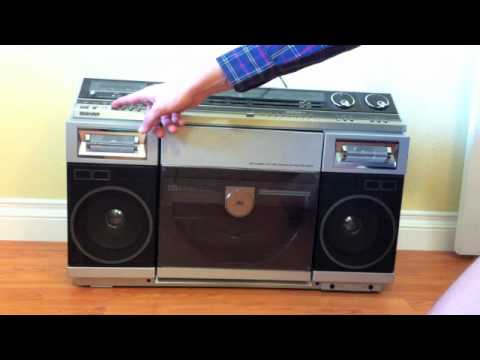 MP3s, compact discs and even cassette tapes made our music portable, but before they arrived, vinyl records were pretty much the medium of choice. And with a little help from Sharp, people were still able to enjoy those giant (relatively speaking) 12-inch discs wherever they went with this impressive old-school vinyl bombox.

This beast, known as the VZ-2000, was released in Sharp in 1982. And while it includes a cassette slot, its real appeal was the front-loading vertical record player. Not only did it provide skip-free playback, the boombox was also capable of playing both sides of a record without needing a flip. That mind-blowing innovation was probably the 1980s equivalent of pinch-to-zoom for us. [YouTube via Boing Boing]