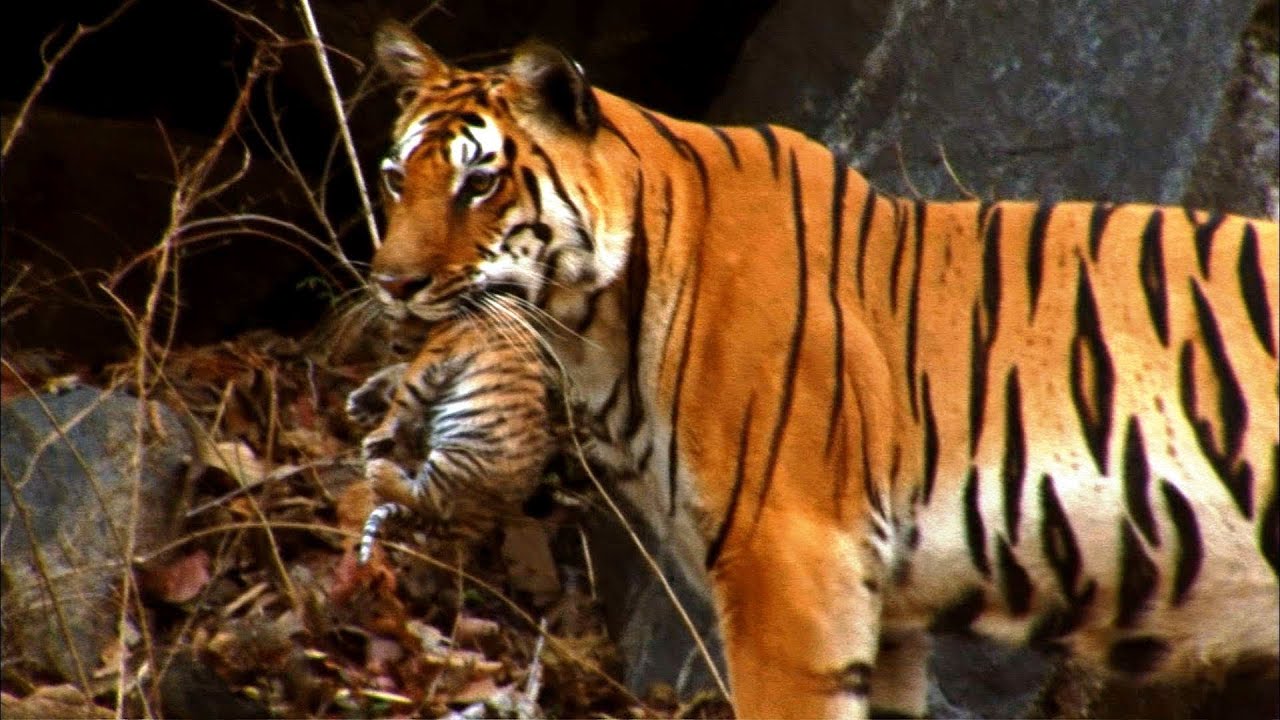 It turns out there’s an uneasy jungle truce between tigers and elephants. Tigers don’t try to attack and eat full-grown pachyderms, and the elephants make sure not to trample the big cats. And it’s this unofficial agreement that the BBC used to its advantage to capture the first footage of newborn tiger cubs in the wild.

Since they’re not a source of food and pose no threat, the tigers simply ignore the elephants hanging around. So the BBC crew strapped a bunch of camera gear to their backs and wandered deep into the jungles to try and catch the cats behaving naturally. But they never imagined they would be lucky enough to capture extremely rare footage of a tiger with a litter of cubs just 10 days old.

They’re definitely cute, but even more amusing is the irony of using the largest animal on the planet as a clever way to sneak up on another creature. [YouTube via Geekosystem]