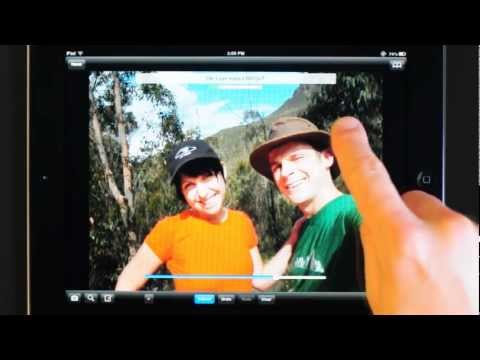 Photography is getting easier thanks to cameras that are able to better evaluate and automatically choose the best settings for a given scene. But photo editing is still a bit of a mystery to most amateur photographers. So Adobe is working with the University of Michigan to develop an intelligent photo-editing app that simply does what you tell it to do.

Need to make the sky in a shot a little darker? Just tell the PixelTone app to darken the top half of your image, it’s that easy. It works with common photo-editing terminology, but also more general terms for those who aren’t experienced with Photoshop.

It also recognises gestures so you can be even more specific with your requests. For example, you can tap on someone’s face and give them a name, and the app’s facial recognition will limit edits to only the person you specify.

It also does its best to estimate how intense you want a filter or an effect applied. But for each action you’re given an on-screen slider to fine tune its intensity.

It’s kind of like having your own full-time photo editor on hand, except the PixelTone app won’t roll its eyes and sigh when you keep asking it for tweaks. And while it mostly seems like a research project for Adobe at this point, let’s hope they get it to the point where they’re willing to release it to users who probably don’t know the difference between brightness and contrast. [Eytan Adar via PetaPixel]