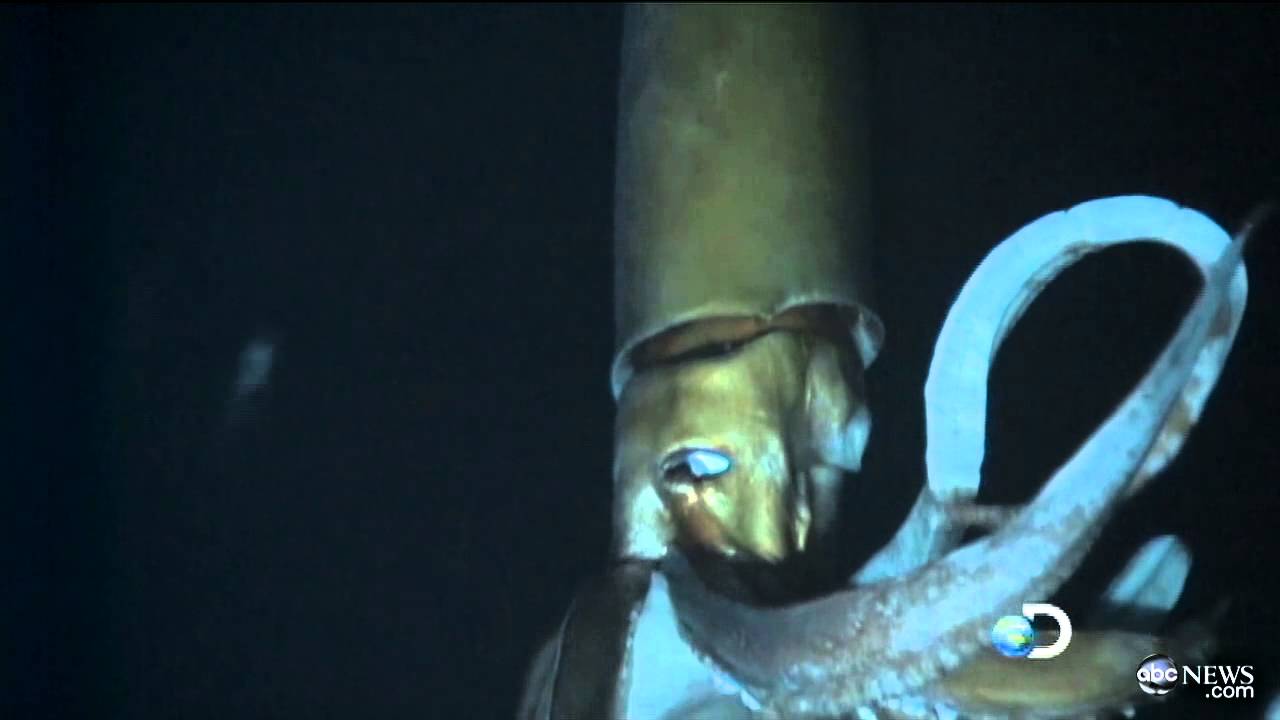 Our friend Jonnypartys at The Scuttlefish found this video of the Architeuthis, the kraken filmed by Tsunemi Kubodera and his team after 400 hours in a research sub. It’s only a few seconds, but you can see the beast both peacefully floating and attacking the submarine.

The monster was kind of pissed off, but I don’t blame it. According to Kubodera, they live “a solitary existence, swimming about all alone in the deep sea. It doesn’t live in a group, so when I saw it, well, it looked to me like it was rather lonely.”

The complete footage will be shown by the Discovery Channel for the season finale of Curiosity. [The Scuttlefish]