Touchscreen-Friendly Fingernails Turn Every Digit Into A Stylus 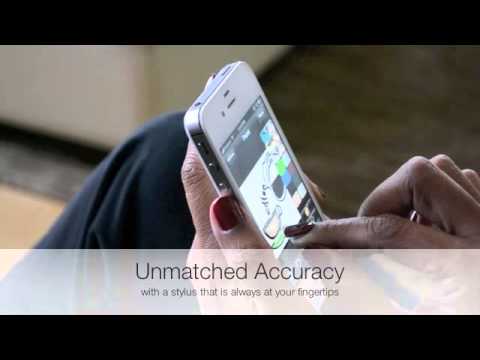 If you’re a fan of long fingernails, you’ve probably already developed special techniques for using touchscreen devices. But Sri Vellanki, the creator of a fingertip stylus called Tech Tips, feels women shouldn’t be limited to what technology they can use because of their fashion choices. So she’s developed a touchscreen-friendly fingernail that works like a high-precision stylus.

Available sometime in May in packs of up to six for about $US10, the Nano Nails hide a tiny capacitive tip under the index fingernail that can be detected by a touchscreen just like a fingertip. It’s all but invisible unless you’re looking for it. They save you from having to carry a separate stylus, and since they’re glued to your finger they’re always at the ready. There is apparently a slight learning curve as you get used to using the proper angle for the capacitive tip to make contact with the display, but it’s better than having to blindly poke at your phone with the pad of your finger. [Tech Tips via Cnet]