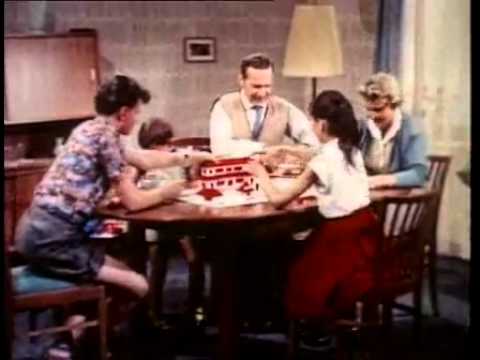 On January 28, 1958, Godtfred Kirk Christiansen patented the humble Lego brick. His company had existed, making other toys, since 1930 — but it was 55 years ago today that the infamous studded plastic brick was officially born.

As the promotional video above shows, little has changed. (Do watch it: even though it’s in German, it’s kinda fun, and there’s a great section where a Lego designer casually stands on a house to prove the strength of his construction.)

For the most part, Lego is one of the great levellers in the toy world: kids love it, adults get excited about it, and you can build practically anything you like out of it. While most wholesome family fun turns out boring or desperate, Lego transcends age and gender and makes everyone want to play.

That’s perhaps down to the fact that the simple little bricks can be used to construct everything from a simple car to insanely complex machines. And while we’re on insanely complex, perhaps even more enchanting than the toy itself is the factory it’s built in: a temple to creativity, fun and more plastic bricks than you can possibly ever imagine.

Bricks come in all shapes and sizes — all of which owe their existence to that patent submitted 55 years ago today. Depicting the humble four-by-two brick, the patent drawing (shown below) highlights the simplicity of the individual block. A simple block that made our childhood far more rich and complex.