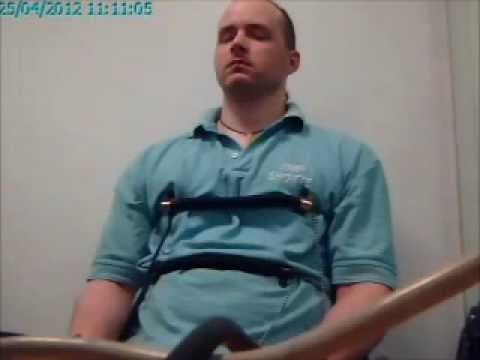 Convicted killer Luke Miller has spent the last 10 years in a Scottish prison for the 2003 murder of his 14-year-old girlfriend Jodi Jones, a crime he insists he didn’t commit. So his supporters have been lobbying that a polygraph test indicating his innocence be made public to draw attention to his case, in hopes that the courts might reconsider his sentence — or even set him free.

Administered last April by British Polygraph Association secretary Terry Mullins, the test is actually two and a half hours long. The video you can watch is 17 minutes of tense questioning. Focus is very apparent on Mitchell’s face and body, both rigid and unmoving. And you can’t blame him, because his life is quite literally on the line. The proctor starts out with simple questions like “are we in the exam room?” and later moves on to what prosecutors really want to know — “Did you stab Jodi on June 30, 2003?” Every question is repeated several times through the course of the exam. And according to Mullins, Mitchell, who asserts his innocence is telling the truth.

Watch the video. It’s eerie — a far cry from the lie detector melodramas we see in the movies. Every polygraph test is filmed, but they’re almost never released. But this video could absolve Mitchell of guilt and give him his freedom. The Independent says the Scottish Criminal Cases Review Commission is taking a look at Mitchell’s case, thanks in part to this video going public. [The Independent, Luke Mitchell Is Innocent via DailyDot]