An Epic Train Ride Across Norway Through All Four Seasons 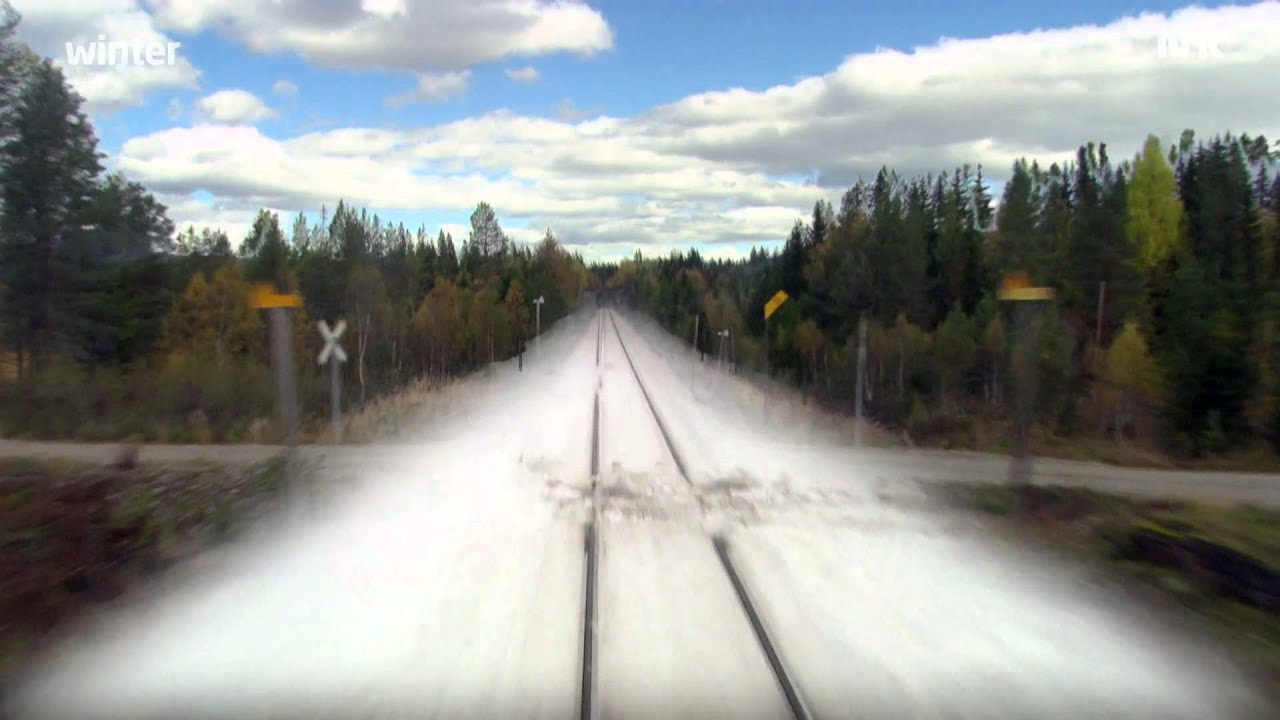 To celebrate the Nordland Railway’s 50th anniversary this year, the Norwegian Broadcasting Corporation (or the NRK to the locals) has created an epic 10-hour documentary capturing the country’s northernmost railway route that connects the cities of Trondheim and Bodø. But going above and beyond the call of duty, the filmmakers actually recorded the route four different times at the peak of every season.

Using data from a GPS logger that captured the position of the train 25 times per second to match the video frame rate used in Europe, the footage was sped up and slowed down in post-production so that all four streams were perfectly synced across the seasons. This allowed the footage to be edited into mesmerising compilations like the clip seen above, and eventually an interactive version of the ride will be posted allowing users to instantly hop between seasons.

But if you want to try your hand at editing your own, the NRK has even provided the 10-hour clips for download via BitTorrent so as not to completely overload its own servers. [Norwegian Broadcasting Corporation via Boing Boing]