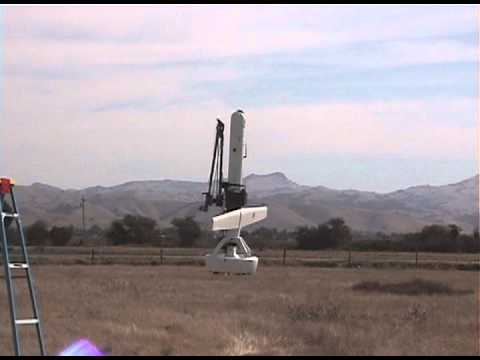 The drone you see here is the MLB Company’s V-Bat and it’s designed specifically to go and carefully deliver payloads to very specific targets all without humans having to be there. While it’s hovering (phallic-ly) in the demonstration, it’s also capable of winged flight to get around a little faster. And even though its mechanical arm is hulking, it only deals with payloads of a pound or so, setting them down carefully and then skittering away in hover mode like a side-stepping rocket that had too much coffee.

Weirdness aside, the tests have shown that the V-Bat can do its job quite well, navigating to the spot, finding the placement zone, and dropping off it’s payload all without human help. It’s a bit big to go around surreptitiously dropping grenades in people’s pockets and skittering off, but this is only a preliminary test. The drones are coming to grab you, eventually. [DARPA via Engadget]