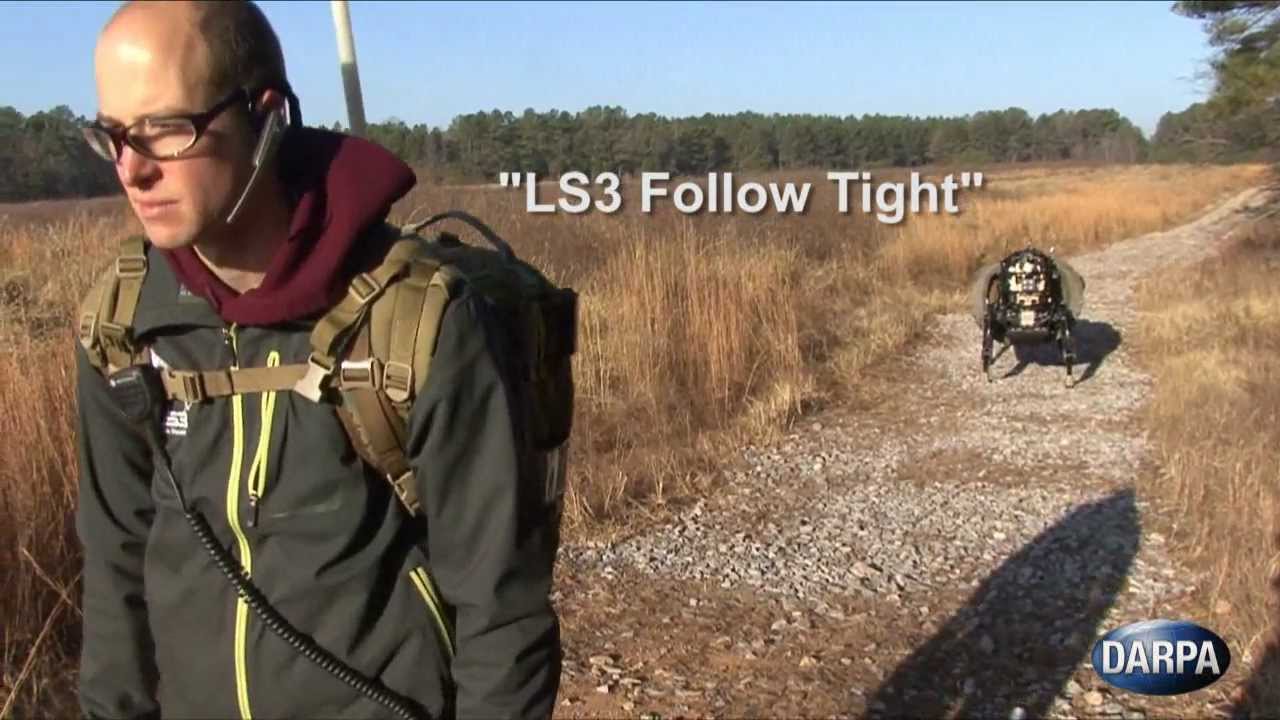 There’s nothing on the planet that’s equal parts terrifying and spectacular quite like DARPA’s LS3 “Big Dog” robot. It has the horrific realism of an actual dog, mixed with the horrific robot quality of… a robot. Now it’s even more powerful.

In the latest demo, DARPA shows Big Dog with some new tricks. Instead of just roaming around looking for kibbles/human skulls to chew, the robotic quadruped packmule will follow a human leader — it’ll also follow its commands. By uttering “close follow!” the Big Dog trails its fleshy companion stomping over rocks and through ravines. It also amazingly can pick itself up after falling over into a mud puddle, something many humans can’t even accomplish. And the entire time, it’s incredibly quiet. Eerily so. The next command is presumably something like “Stomp him to death, Big Dog! Mush!”

Now just imagine this whirring beast helping a soldier carry a load of supplies he couldn’t possibly on his own. Or a commando leading a giant herd of these through a warzone, with enough guns to topple a small government. This is sci-fi warzone tech at its creepily best. [DARPA]