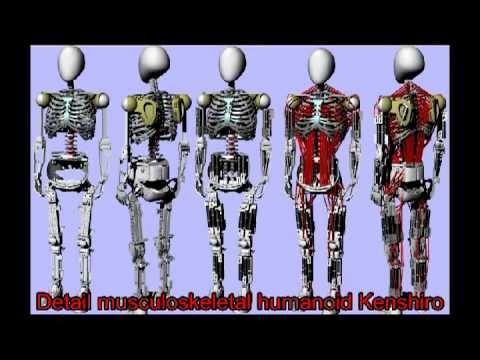 Kenshiro uses some of the most advanced artificial muscles ever developed to move and walk — or shuffle, at least — in a manner that’s surprisingly similar to how you and I get around. Standing at just over 150cm tall the robot closely resembles a 12-year-old boy, but weighs in at 50kg thanks to 160 different muscles bringing it to life.

And that’s the biggest issue the researchers are currently dealing with: Kenshiro’s weight. A full-sized human replicant would weigh in close to 100kg, which puts more strain on the muscle system, draws more power, and generally slows down its movements. So being chased by a horde of these robots is thankfully a nightmare that’s not going to come true for at least a few more years. Phew! [YouTube via Automaton]