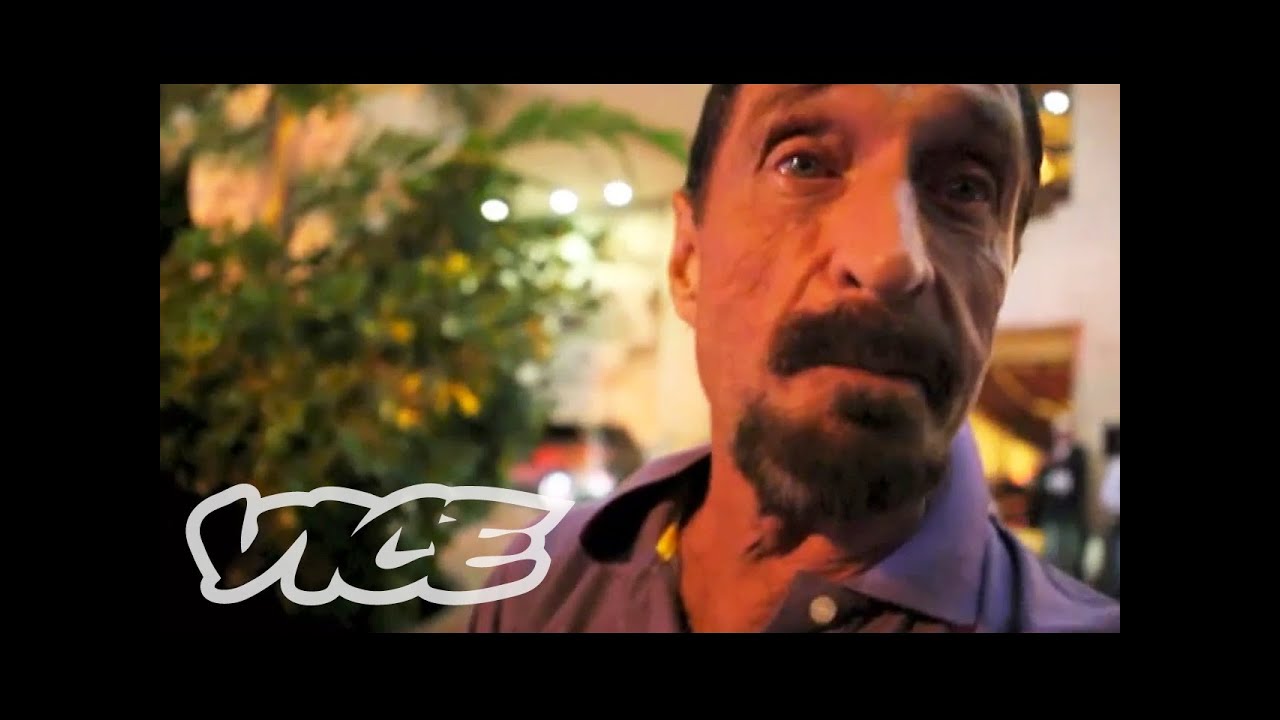 The John McAfee circus came to a head last night when McAfee was finally arrested in Guatemala. Except, uh, now he’s blogging from a computer the Guatemalan police gave him in his jail cell.

I am in jail in Guatemala. Vastly superior to Belize jails. I asked for a computer and one magically appeared. The coffee is also excellent.

And that pretty much sets the table for how this is going to go. He’s issued a few other missives, updating about the state of his extradition proceedings (he’s safe from being shipped back to Belize, for now). The longest, by far, is titled, of course, “Can’t Sleep”. Here’s an excerpt:

I am using the computer of one of the wardens, or whatever title is used here. He is a sweet man and a gentleman. The world is heavilly [sic] populated with gentle people. He makes me coffee and tells tender stories about his life. He is a good companion. I believe I could spend weeks in the desert with him as a sole companion without once becoming irritated. His name is Gino Ennati.

This whole thing is passing surreal into the unknowable. That video up top is of McAfee hanging out with some reporters from Vice, just before and during being arrested. It’s a totally bizarre scene, with McAfee leaning in and whispering, “Guatemalan jails have beds, dude. And food. It’s pretty awesome,” to the Vice cameraman. Then he buys a tourist’s flute and jams on it a bit, before being very cordially picked up by Guatemalan authorities. And then he just hops into the SUV as nonchalantly as if he were heading to the beach, arm draped over the back seat, taking up all the leg room from the arresting agent like an arse. Somehow, it seems like the most natural thing in the world.

So John McAfee is basically live-blogging his jail stint on a South American murder rap from the personal computer of a Guatemalan jail warden. Now you know. [John McAfee]