How Napster Brought The Recording Industry To Its Knees 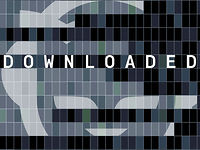 Downloaded, a new documentary by Alex Winter, looks back at the history of Napster with interviews with some big stars. The trailer for the film recently dropped and it looks pretty damn compelling. Downloaded premiered earlier this year at SXSW and has been scooped up by VH1, but there’s still no word on when it will air. [Animal NY]