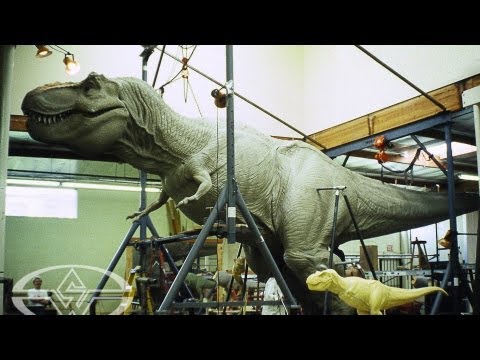 And while it’s probably one of the best jobs on earth, seeing the artists at Stan Winston Studios having to hand-carve every single scale on the Jurassic Park T-Rex somehow makes your own to-do list seem a little less daunting.

Once completed this massive clay T-Rex would have been used to create moulds that let the studio cast a flexible skin cover for the dinosaur’s animatronic guts. And it most likely gave the effects shop a good idea of what renovations would be needed to the building so they could transport the Rex to the set. We’re gonna need a bigger door.