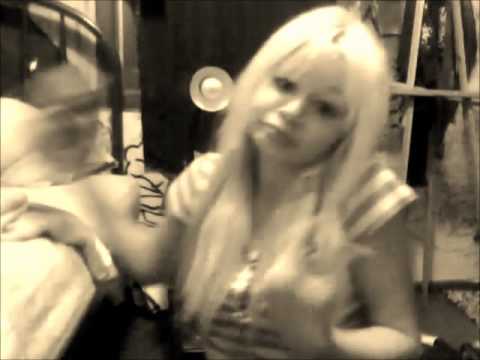 The video’s title doesn’t even try to hide her crime, it’s called Chick Bank Robber and in the video, Sabata talks about her great day because she has a new Pontiac Grand Am, saying “my new car is shiny. Of course I took the plates off already” and showed a sign which said, “then I robbed a bank with a gun, a pillow case and a note.”

She literally shows off all the cash she got, fans herself and goes on to talk about other things that teenage girls talk about. According to the York News Times:

In the video, Sabata is wearing the same clothes as she was wearing at the time of her arrest — and the outfit matches the clothes worn by the female bank robber as captured by surveillance cameras.

I guess I shouldn’t expect her to change clothes when she indicted herself with a YouTube video confession, right? [York News Times via UberGizmo]