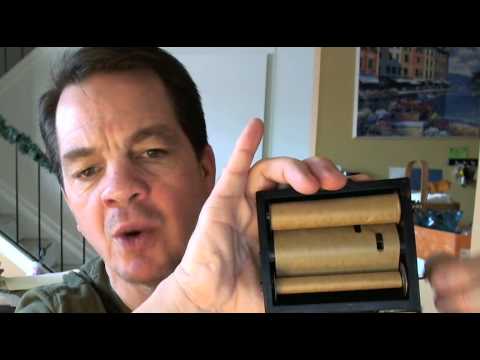 The harmonica is already a bit of a beginners instrument. Even if you just blow through the thing, you’ll get notes that are all in the same key. A listenable mess. This “Rolmonica” from 1928 makes it even easier by playing the right notes for you; all you have to do is blow.

The concept is basically the same as that of a player piano. You load up the Rolmonica with song scrolls, and then just crank the lever as you blow — out or in — and the Rolmonica does the rest. The example in the video above sounds a little bit off, but it certianly is playing a bunch of different notes automatically as advertised.

Could this tech be posed to make a comeback? Probably not. Should it? Only if there are song scrolls for the Ashoken Farewell out there. [Boing Boing]