The Electric Tesla S Can Outdrag A BMW M5 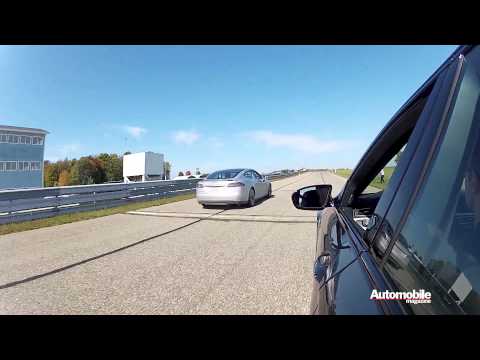 The M5 pulls up to the line alongside the discreet, silent Tesla. The BMW revs its engine, shaking and ready to get off the line.

The flag drops and the two cars race off the line. Incredibly, the Tesla pulls away and maintains its convincing lead all the way to the finish line. But how?

The answer, according to Automobile, is the Tesla’s torquey engine. The thing sports as-near as makes no difference 600nm of torque and it puts it on the road like nobody’s business.

The Tesla S, despite its restrained demaenour, sports a 0-100 time of around 4.4 seconds, while the M5 manages it in .2-seconds faster.