Watch What Happens When A Nuclear Bomb Explodes Underwater 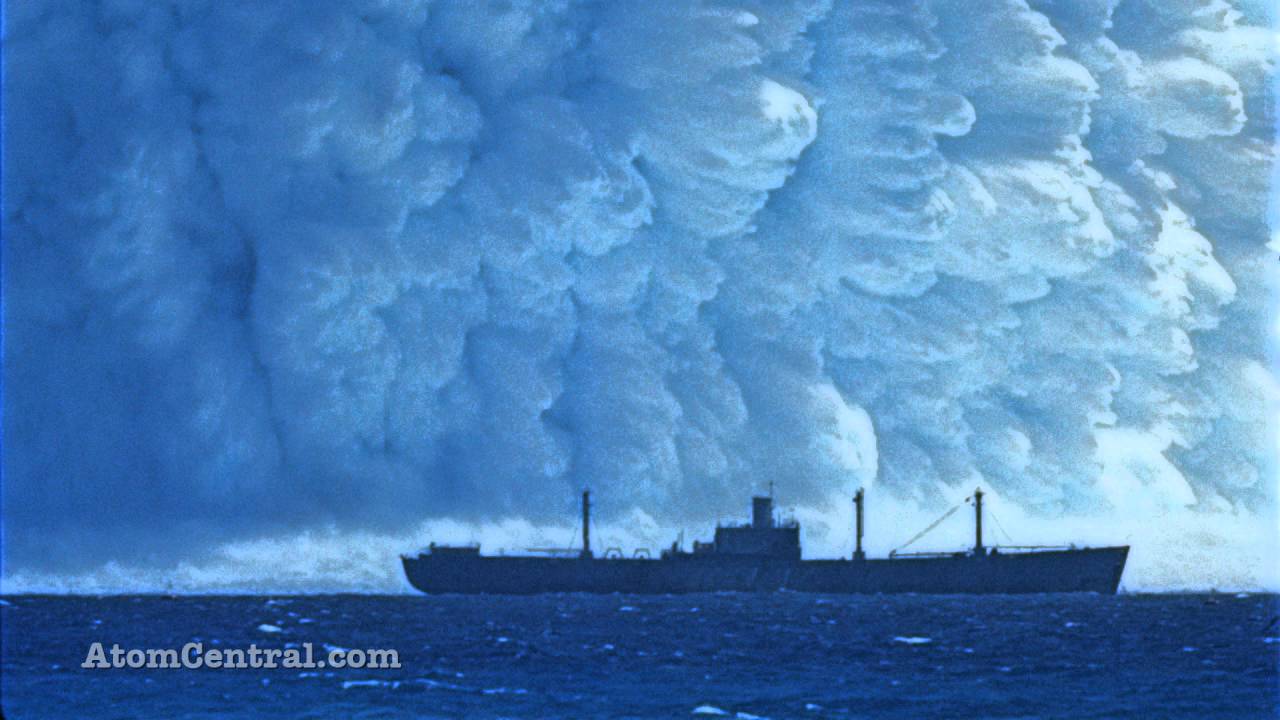 According to Pat Bradley, one of the cameramen who documented US atomic tests during the 1950s, the Wahoo and Umbrella underwater explosions were more amazing than an atmospheric nuclear explosion. Bradley talks about his experience of living through these explosions in this stunning video.

Even though Bradley 4km away from the underwater explosions, the resulting waves engulfed an entire cargo ship and hit the island he was filming from with his colleagues. The third wave, the tallest of them all, covered the entire island. They saved themselves by quickly climbing up some palm trees with their heavy film camera equipment.

The Wahoo underwater nuclear test took place on May 16, 1958. Umbrella exploded on June 8, 1958. According to Atom Central, this sequence is part of a new HD version of Atomic Filmakers – Hollywood’s Top Secret Film Studio. [Atom Central]