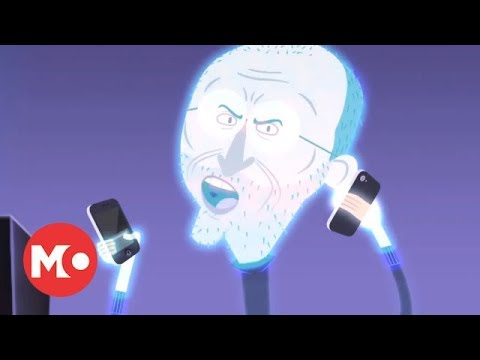 As an aside, I don’t think painting Tim Cook as an evil genius who’s sick of lurking in Steve Jobs’ large shadow is that funny. I do find rapping Steve Jobs to be hilarious though! (Cause Cinco gonna blow your mind, fo sho) The Jobs and Cook duo is as good as Tupac and Snoop Dogg ever was.

The cartoon was made by Mondo Media and you can see the lyrics here. [YouTube via Laughing Squid]