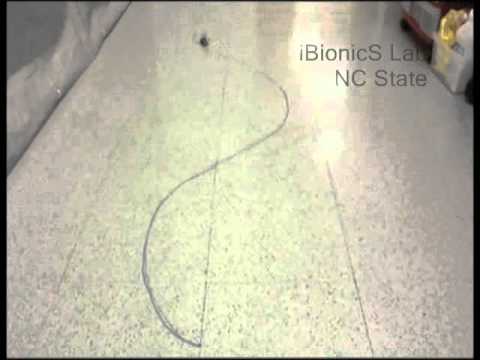 According to lper Bozkurt, assistant professor of electrical engineering at NCS and one of the project scientists, they want to load them with sensors to rescue people:

Our aim was to determine whether we could create a wireless biological interface with cockroaches, which are robust and able to infiltrate small spaces. Ultimately, we think this will allow us to create a mobile web of smart sensors that uses cockroaches to collect and transmit information, such as finding survivors in a building that’s been destroyed by an earthquake.

Bozkurt says that they “decided to use biobotic cockroaches in place of robots, as designing robots at that scale is very challenging and cockroaches are experts at performing in such a hostile environment.”

To achieve this, they built a low-cost electronic backpack using an off-the-shelf microcontroller plus a wireless receiver and a transmitter. They placed the backpacks on Madagascar hissing cockroaches, connecting the controller to electrodes implanted on the insect’s antennae and cerci, the small sensory appendage at the end of the roach’s abdomen.

Roaches use their cerci to detect movement in the air — which alert them of potential predators. When the scientists activate this electrode, they make them walk forward. The sensors connected to the antennas perform a similar function, acting as the reins and pointing the roach in the direction the researchers want. As you can see in the video, their method works beautifully.

I’m sure the Pentagon would also love these bionic critters for other functions. Oh, and they are doing the same with moths, so I’m sure there will be biological spies flying the skies of the world sooner than we imagine. Sometimes I wonder if these people have ever watched any horror sci-fi movie. You know, the ones in which bionic moths and cockroaches kill every human on Earth. [IBionicS Laboratory via North Carolina State University]