Liquipel Review: Can You Waterproof A Smartphone? 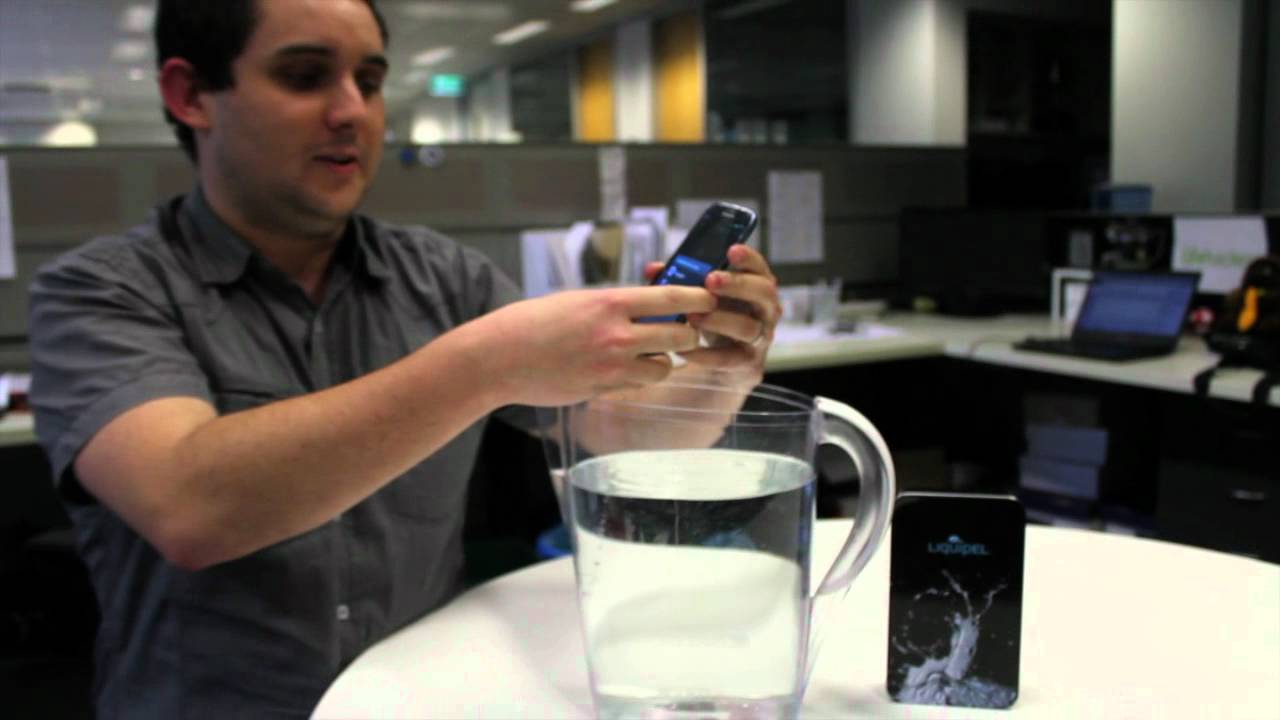 Liquid and technology don’t mix. Whether you were pushed into a pool while blackout drunk or just dropped a device in the toilet (ew), your phone has a slim chance of recovery. A new service though wants to save you from the despair that goes along with toilet fishing by making sure you’re phone can live to tell the disgusting tale. It’s called Liquipel, and we’ve been testing it out.

Liquipel is a process that aims to protect your device, both inside and out, from liquid damage.

The process sees your smartphone stuck into a vacuum chamber and bathed in a vapourised cloud that will protect your phone from liquid. The phone then dries in the chamber and it’s then ready to face the world. Because it’s treated with vapour, it permeates every nook and cranny of your device, meaning liquid won’t wander in and ruin it. Theoretically then, your phone should be protected from spills.

It only costs $99 to get yourself protected against liquid and there are only certain phones that support the process. But does it actually work?

We got a phone from Liquipel that had been subjected to the treatment and were encouraged to dunk it and see if it survived. ‘All good,’ I thought. ‘Let’s do it,’ thinking that they’d send us a smartphone from yesteryear to test. I opened the Liquipel box to find a shiny, new Samsung Galaxy S III that had supposedly been liquid-proofed. These people were confident.

It didn’t look any different from a normal S III, inside or out. It feels so foreign to subject a phone — let along such a nice phone — to water, but that was my mission.

I buffered a video from YouTube for effect and sent the S III on its way, down to the depths of a Brita water jug. Poor thing. It didn’t stand a chance.

A few moments passed and the trailer was still buffering, still playing and still pumping out sounds. Bubbles were emerging from in-between the unit, so it was well and truly flooded, but nothing stopped it from playing. The trailer finished, and my phone rang. I pulled it out, answered it and had a chat, and the phone worked perfectly.

After hanging up our test call, I put the phone back on my desk, and that’s when it started misbehaving. Liquipel say that you’re not meant to leave the phone immersed in water for longer than 30 seconds. It had been almost a minute in our case. It also says not to drop the phone vertically, or shake it once you pull it out. We had done both. We had to stress test it after all.

The phone went wild, opening its own menus, locking and unlocking itself, dialling numbers. It was a catastrophe.

Liquipel recommend that once a phone is removed from immersion that you remove the battery and dry the internal components and it advises against charging it for 24 hours. We left the components separated for 24 hours and upon putting it back together, the phone restarted, worked and behaved itself like it should again.

You would have never known that it had been subjected to a life-threatening experience just a day before.

Liquipel isn’t meant for show-offs. It’s meant as an insurance policy against accidental liquid exposure that would otherwise see your phone off to technology heaven. It’s not a device you can dunk in a beer to show off to your friends, for example. For that, you probably want the Sony Xperia go.

If you’ve got $99 to spare after you buy your new smartphone, it’s worth insuring it doesn’t die from an liquid accident.