Iran’s Homemade War Drone Is In The Air 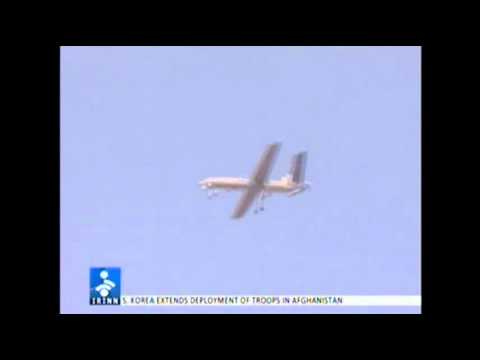 As the UN convenes to talk peace and love, Iran’s Revolutionary Guard just launched a brand new unmanned drone — the Shahed-129, allegedly capable of spying on a giant chunk of the Middle East. And firing missiles, of course.

The Shahed — or “Witness” — “is capable of hitting targets at a distance of 1700 to 2000 kilometers… [and] can be equipped with electronic and communication systems including cameras which can capture and send live images,” according to a statement from Iranian state press.

It’s unclear whether the drone incorporates any technology from the American Sentinel drone that was lost in the region back in December, but it sure does look a little flimsy — look at those gears! The Aviationist‘s David Cenciotti tells me the drone has far more in common with Israel’s Hermes 450, which Iran has also captured and likely studied.

But even without a combat demo, the drone is a clear powerplay. This is the era of unmanned aerial warfare, and an Iranian UAV that could glide over, say, Israel, in retaliation for a preemptive strike against nuclear facilities, is a chip on the table. [The Guardian]