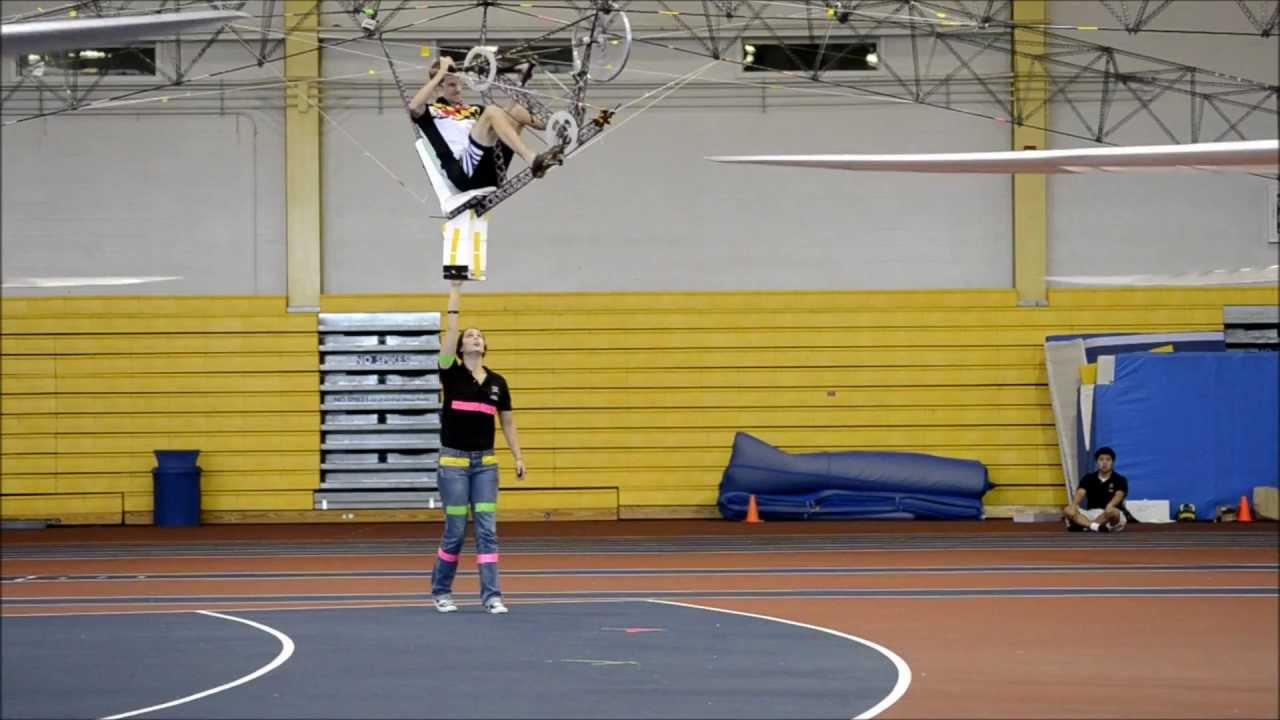 Back in June, a determined pilot managed to keep the human-powered Gamera II in the air for a whopping 50 seconds. Impressive, but it only hovered a little. This flight, while much shorter, nabbed a record of its own by soaring to the great height of 2.4 metres.

The ultimate goal here is the Sikorsky Prize. Laying unclaimed since 1980, the $US250,000 prize is to be awarded to the first people to make a man-made flying device that can reach a height of three metres and maintain that height for one minute. The Gamera II hasn’t satisfied either of that criteria yet, much less at the same time, but it seems to be coming pretty close on both fronts. $US250,000 is a nice chunk of change, but building a human-powered flying machine that can fly like that is a reward all on its own. Let’s hope they can manage to pull it off. [Engadget]