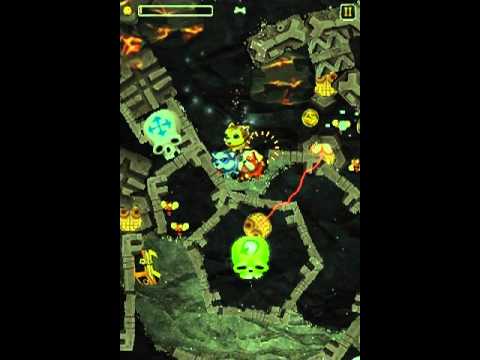 Gizmodo’s Developers Cubed series offers a behind the scenes look into Australia’s up and coming dev scene. This week: we chat to Patrick Cook of Soap Creative, who had to learn the hard way the dangers of complacency when you’ve got a great idea.

Patrick Cook, I’ve been developing games at Soap Creative for the past five or so years.

We’ve been creating promo games (Flash and mobile) for 10 years, and we’ve able to work with some really fun IPs and brands along the way — a lot of different genres, styles, mechanics, themes.

Some recent highlights have been an online companion game for Resistance 3, and the web game for Expendables 2 which has had over 5 million plays in less than a month.

We also created The World’s Biggest PAC-MAN. We’ve lost count of how many other games we’ve made.

As an agency we’ve always been mad about games and I think it’s one of the things that sets us apart. We’re a digital agency but like to think we have the heart of an indie game studio. Recently we’ve taken a step further and made a leap into developing games for ourselves.

Our first big mobile title was — Diggin’ Dogs, an action-puzzler for iPhone. It was really a labor of love. The presentation of a cutesy casual game and the gameplay core of an old school gamer’s game. We created levels of depth and challenge building steadily across the five worlds to the point that only finely honed skills give you any hope of completion.

It was well received critically, but quite a lot of people missed that depth we painstakingly crafted — my own personal love letter to the older era of games I grew up with that didn’t care if they caused you to fail until you learned. Tough love all the way. Sales have been good but we’re not pulling in Halfbrick money yet… some day.

The gameplay itself was the culmination of an engine that went through years of prototypes (as far back as 2007) and a Flash game iteration for Seek some time later.

Diggin’ Dogs’ first ever incarnation was for a competition we ran internally at Soap called “Game in a Day”. Escape of the Blobs was my entry — I got a $250 EB Games voucher and time to develop it further.

Interestingly, back in 2008 we briefly began work on a mature themed version of the game, and worked with Edmund McMillen (of Super Meat Boy fame) on initial art and characters. It had a steampunk theme and was possibly going to be worms eating into a diseased brain. We as a company got side tracked, Edmund become super meaty famous, and then four years later Diggin Dogs was born.

We ended up publishing the game through Chillingo which made the learning experience richer in terms of tapping into their extensive knowledge of the mobile games market. The game was actually nearly finished when we began working with them, but their suggestions lead to an infinitely more polished end result.

We were unlucky with our release date — the excitement for us that lead us to pour so much love and content into Diggin’ Dogs was that it presented a never seen before core mechanic — free-hand digging. One of the biggest challenges for the IOS market is to come up with an original and unique gameplay mechanic. We had something no one had seen before, that made us excited. Then along comes Disney with Where’s My Water a few months before our release. Totally different game, but the digging is there which meant we ended up being compared to Where’s My Water in almost every review. It was an unfortunate distraction, but that’s how it goes.

Desktop (web), iOS, Android, and experiential (IRL). We’re also excited for Windows Phone as it expands because for a time, the marketplace will have less saturation more opportunity. Windows 8 app store could be a game changer.

We’re working on a retro iOS arcade stick shooter (codenamed “Doombots”), as a universal build for iPhone and iPad. We’re in the process of level design and experimenting with possible features. The core game is done and playable, and we created a flash based online level editor that makes levels instantly accessible on an iOS device without recompiling (or even quitting), so we’ve having a lot of fun at the moment with various people at Soap trying their hand at some interesting levels.

We’d love for people to contact us if interested in being a beta tester/level builder. We’re also thinking around possibly running this via Kickstarter as an experiment which might allow us to additional features, such as multi-player.

We’ve also gone back to the drawing board to think about new ideas we can experiment with that make use of the free-form destructible collision engine we engineered for Diggin’ Dogs. I think there’s a huge amount of scope there for lots of different kinds of gameplay and there’s still a lot to explore there.

The state of the market directly affects our titles, it’s the reason we ditched the diseased brain for cute dogs. The big push towards freemium has us in split minds about where we stand on it. We’d love to shun the idea of an incomplete game you have to buy your way through, and instead just stick to making a complete game, but at the same time I think there are ways Freemium can be used well. Hero Academy is one recent example of a freemium model that I think was very sensibly implemented.

Also worth mentioning is that we also went into mobile dev without much regard for Android, largely on anecdotal accounts of it not really being worth the same level of attention as Apple’s App Store. We’ve learned that’s not necessarily the case, and going forward we’re increasing our focus on smart ways to do multiplatform/multi-device development.

This is a near impossible question for me — there have been so many amazing iPhone games I’ve loved over the years. My current addiction is the oddly named “10000000”. It almost makes me laugh when I think about how much time I’ve spent playing it — it’s a very simple game, but it has that something. I got hooked. I think that’s probably what you can say about all the great mobile games.

If I had to pick an all time favorite, I’d probably go with Critical Thoughts’ geoDefense series. I couldn’t even guess how much time I spent with those two tower defence games.

What phone do you use? Why?

I use an iPhone 4. I think when I got my first iPhone (a 3G) they were really in a league of their own in my view — and I’ve just stuck with the platform since then. From a development perspective, the fact that I’ve written my mobile games in Objective C / Open GL is going to keep me tethered to iOS to a greater extent than if I’d been using say Unity3D – where I could switch to Android (or even Windows now) without it affecting my coding.

Unity3D is a pretty logical way forward though, and having the widest possible reach is definitely something I’ll be personally investing in, but even the fact that I have half a dozen iOS prototype games bubbling away in the lab is going to have me sticking around with Apple’s platforms into the foreseeable future.

Firstly, no-one can predict what the next big thing will be. Even veteran publishers expect to be surprised. Prototype ideas, sound out what sits well with people, and refine.

Secondly, don’t skimp on the little things. On the strange beast that is the App Store, name and icon are much more important than you realise.

You also have to innovate and be original. There are already too many clones and clones of clones, but most importantly, have fun. So many developers take themselves too seriously.