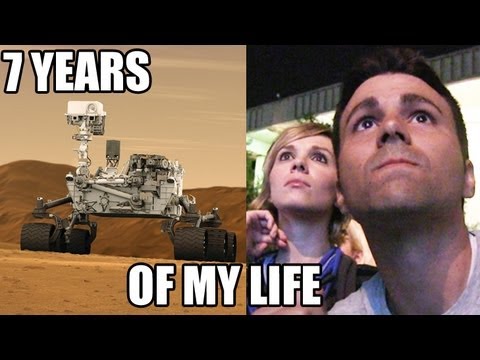 I met Mark in Pasadena, California, before and after the landing. He’s a really cool guy. He joined NASA’s Jet Propulsion Lab (JPL) seven years ago and started to work in Curiosity right away. He was responsible for the design of a little part that, like all the rest, would be crucial during the science part of the mission that is starting now.

Seven years is a lot of time in the life of any human being. In Mark’s case, it was enough to see his mother die and the birth of his son. Here’s a video that talks about it, the often forgotten side of the space program — the long and arduous journey of a handful of people to make humanity go forward.

Gizmodo has been covering the Mars Curiosity rover live from the Jet Propulsion Laboratory in Pasadena, California. Check all the articles here.