Watch These Quadcopters Fly In Perfect Formation Thanks To Motion Capture 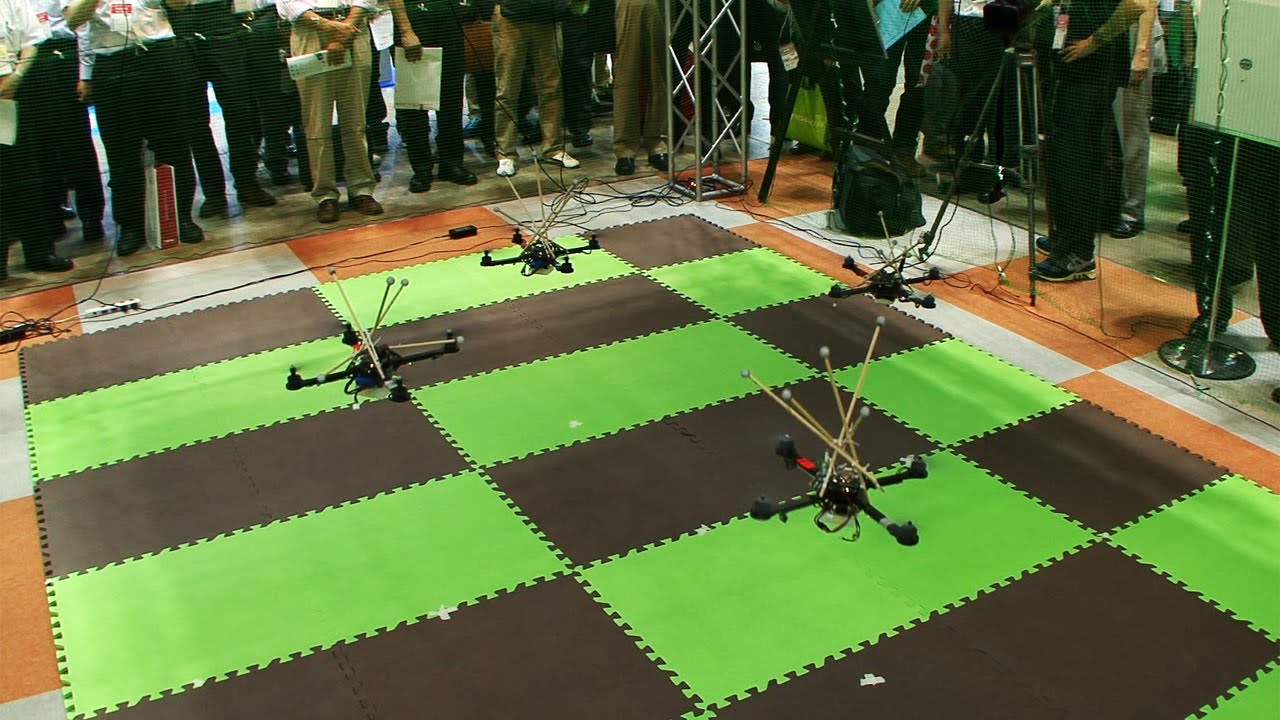 There’s no denying it — quadcopters are awesome. The level of awesome by which they are measured depends on what they can carry, how small they are and how close they can fly to each other without colliding. Based on my calculations, these Japanese drones intended for the police are some of the most amazing things I’ve ever seen.

We know that drones can fly in perfect formation as a unit, but these drones developed by Chiba University work a little differently.

A camera connected to a central computer monitors several motion capture markers mounted to the top of the drones and calculates their position. Within 10 milliseconds, the central computer has told the drone where the other drones are in relation to it, meaning that crashes are near impossible.