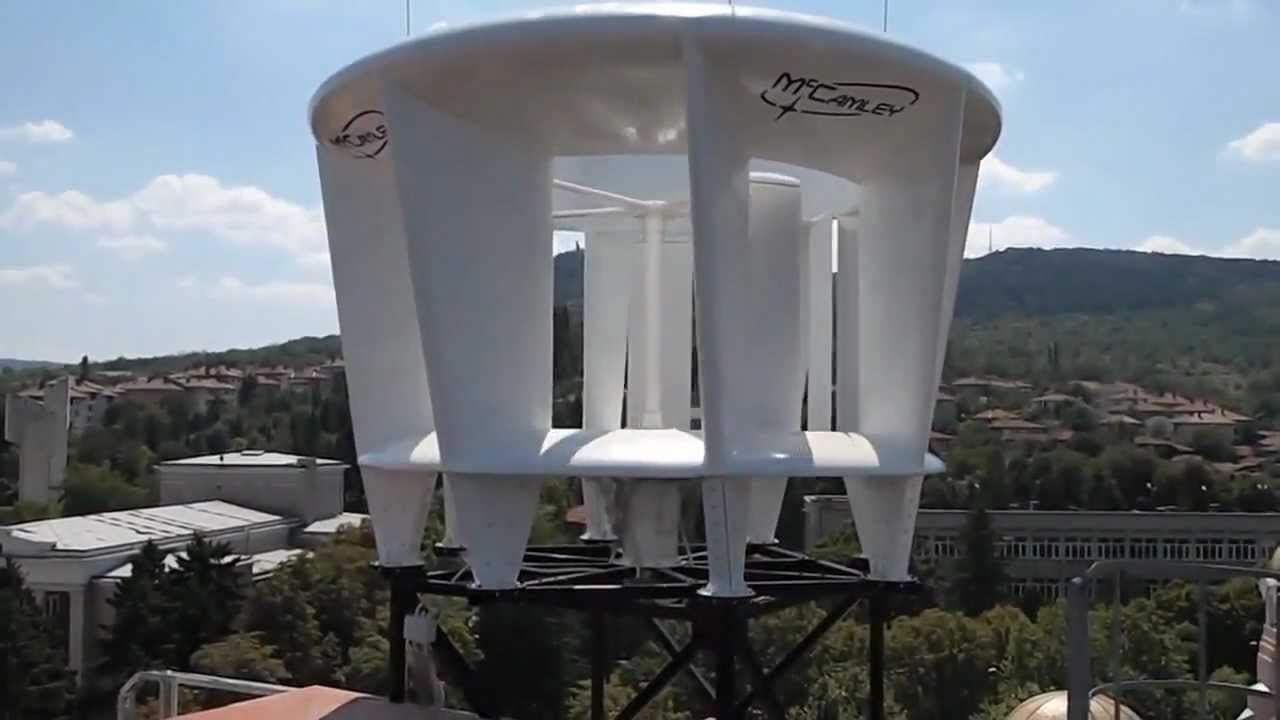 There’s a reason that wind farms are placed offshore rather than in urban areas — the turbines are typically huge, difficult to erect, and need a solid sustained gust to produce any meaningful amount of current. This prototype, on the other hand, will assemble more easily than an Ikea bookshelf and quietly produce kilowatts atop skyscrapers.

Conventional wind farms need wind that is both steady and strong but with very little turbulence, which requires a huge amount of space. Their turbines are mounted atop 90m pylons to avoid the roiling currents at ground level and employ enormous blades to drive their MW generators. Everything operates on a grand scale with these farms but this is unfeasible in an urban environment.

The MT01 can run on winds as slow as 2m/s, beyond the cut-out range of conventional turbines. And even if the wind dies completely and the MT01 stops, it’s self-starting design means that it won’t have to draw power from the grid to get going again — any breeze over 1.8 m/s from any direction will set the blades spinning. Also, the vertical orientation of the blades greatly reduces noise and vibration. What’s more, the generator’s direct drive design doesn’t require a gear box and can withstand gusts of virtually any speed. And at 3.6m in diameter and 3m tall, the MT012 is small enough to be tucked onto rooftops without destroying the skyline while it’s eight-legged supports reduce the amount of roof reinforcement needed.

With an average wind speed of 12m/s, the MT01 prototype can only produce 1KW of power. However, McCamley engineers believe, based on recent field tests in the town of Lyaskovets, Bulgaria, that the turbine can be scaled up to produce 24KW with the same amount of wind and potentially as much as 1MW. In addition, future iterations of the MT01 will also incorporate solar cells to generate additional power. “The traditional wind farm models are just not effective and are certainly not suitable for urban environments.” Dr Scott Elliott, CEO of McCamley UK Ltd said in a press statement, “This leaves a huge gap in the market where businesses, residential blocks and other organisations could be benefiting from clean energy. We believe that this design has the potential to be the new face of wind energy and is completely scalable, from 12kW designs to larger megawatt designs.” [Gizmag – McCamley – Keele University]