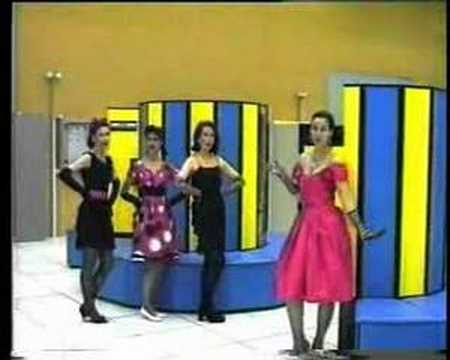 As it turns out, Les Horribles Cernettes — a band name that plays with CERN and the initials of the Large Hadron Collider — are not that bad if you are a fan of the sound of girl groups from the ’50s. In any case, I like the tour of those old CERN facilities. And the love/physics lyrics too. Kind of. A little. On the inside. [Thanks Angel!]