Were The Giant Easter Island Statues Simply Walked To Where We Found Them? 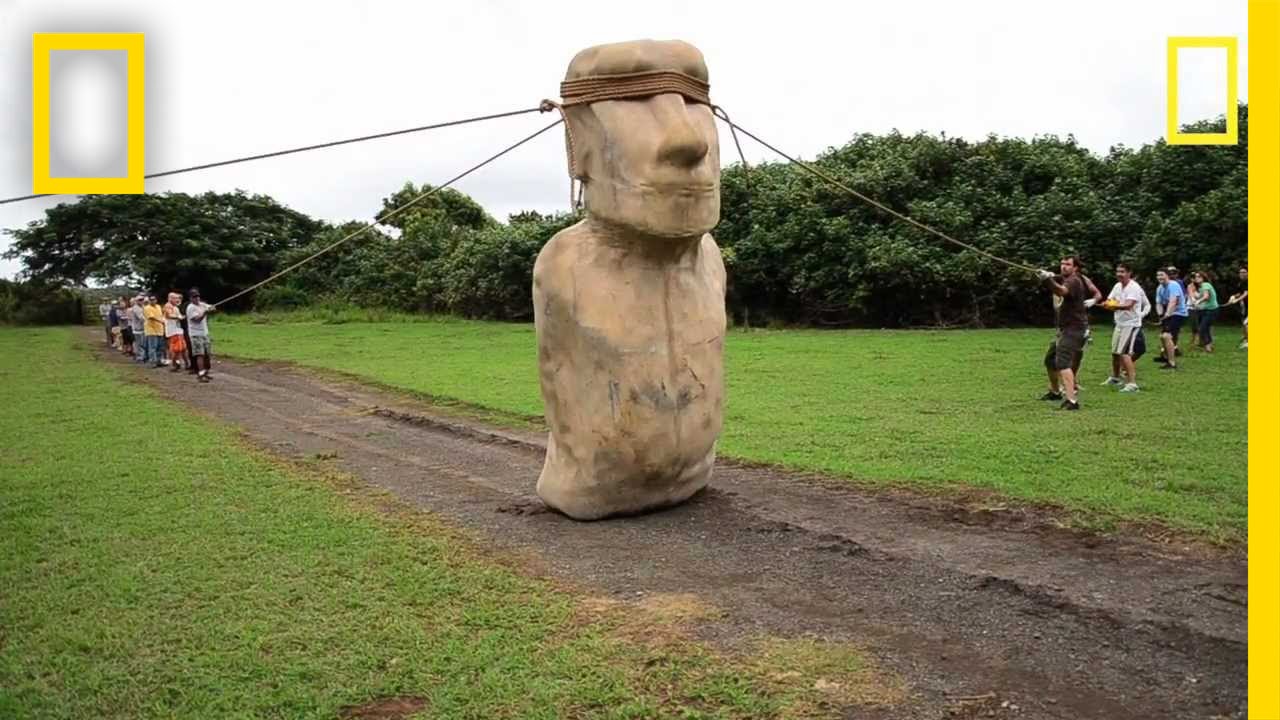 Like the mystery of how the great pyramids in Egypt were built, no one’s really sure how the giant Moia statues on Easter Island were transported to the platforms where they were later discovered. But researchers think they might have finally figured it out.

As part of an upcoming National Geographic/NOVA special, Terry Hunt and Carl Lipo tested a new theory of how the island’s residents might have moved the giant statues from quarries to their final resting places. And it didn’t involved rolling logs, ancient cranes, or help from a UFO. Instead, as is demonstrated with this 10-foot tall 5-ton replica, three teams tugging on a set of ropes could have ‘walked’ the Moia statues across the island with some strategically choreographed tugs.

The real statues would have been a lot bigger, but since the island had the manpower to create the giant statues in the first place, they certainly would have had enough people to make such an approach plausible. But we don’t think that cool alien theory should be dismissed just yet. [YouTube via National Geographic]