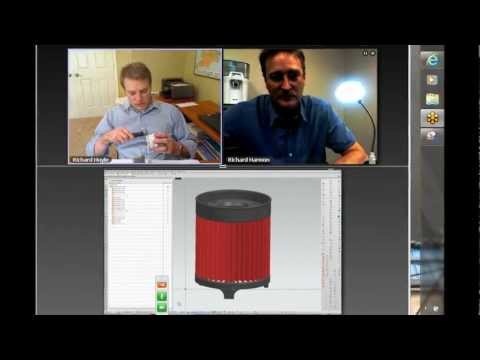 Powering your phone via solar power is neat, sure, but calculators have been doing it for years. If you want to stay ahead of the trendiness curve, you’re going to need to get yourself a tPOD1 — a device that can convert the heat generated by a small candle into energy your mobile (and many other gadgets) can use.

According to the project’s Kickstarter page, the tPOD1 weights 340g and with a single tea candle can keep a lamp with 25 LEDs going for four hours. It generates 0.25W of power, which might not sound like much, but Tellurex, the company responsible for designing the tPOD1, demonstrates above exactly what can be done with a quarter of a watt.

It seems a bit… indirect… powering an LED light with a candle, but as you can see in the clip, it provides significantly more illumination that the candle would naturally.

While the tPOD1 Kickstarter allows fairly small pledges, you’ll need to chip in at least $US69 if you’d like to own one. This amount also includes an LED lamp, a phone charge pack and a bunch of candles to get you started.