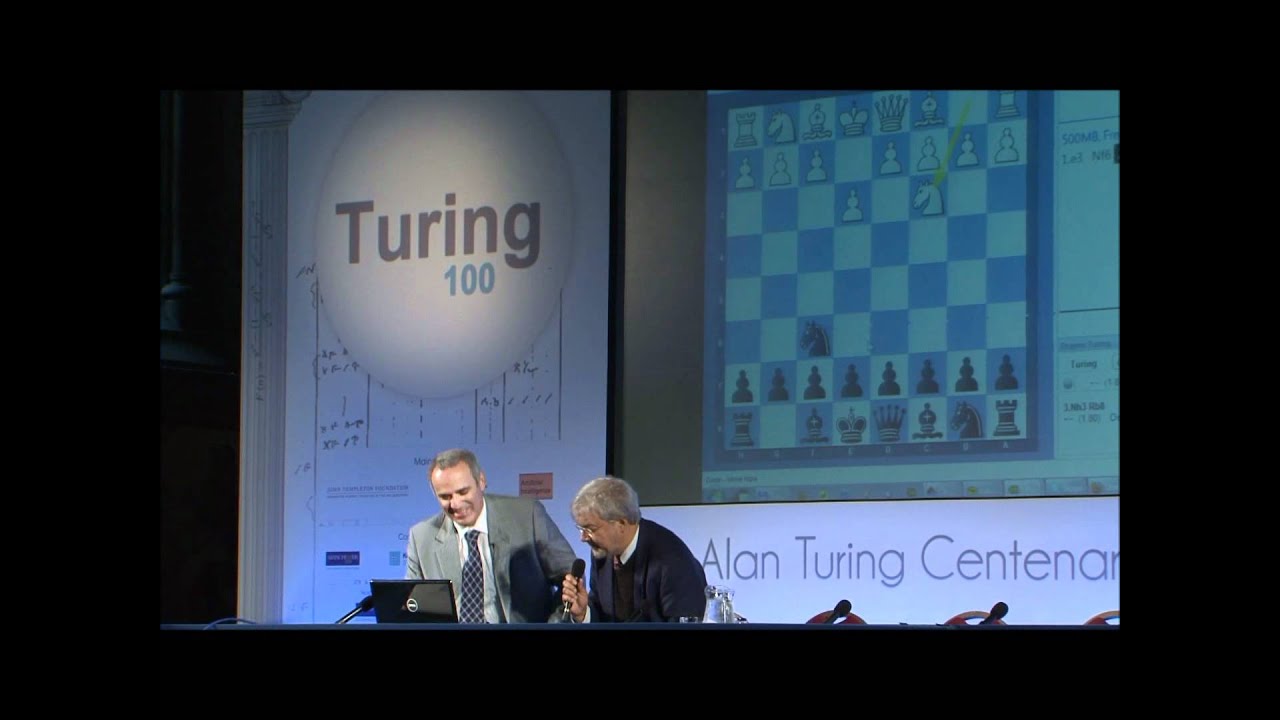 Sixty years ago, Alan Turing sat down to write a computer algorithm which could play a human at chess. Sadly, he never got to see it running on a computer, but now it’s been coded up and who better to pit it against than… Garry Kasparov? Gulp.

Turing’s algorithm wasn’t particularly exotic. It used some general rules of thumb — presumably accrued from his own chess-playing experiences — and worked by analysing possible outcomes two moves ahead. But remember that this was written in the 1950s, without a computer.

Sadly for Turing, Kasparov claims to think 10 moves ahead. Perhaps unsurprisingly then — spoiler alert! — Kasparov managed to beat the algorithm. In 16 moves. Still, that doesn’t make the code any less impressive an achievement. In fact, Kasparov himself was full of praise for the algorithm:

“I suppose you might call it primitive, but I would compare it to an early car — you might laugh at them but it is still an incredible achievement. He wrote algorithms without having a computer — many young scientists would never believe that was possible. It was an outstanding accomplishment.”

Turing did try and get his code running once, on the Manchester Ferranti Mark 1 — the world’s first commercially available general-purpose electronic computer — but the project was never finished. It’s nice, then, that it’s not only been implemented, but pitted against the world’s strongest chess player — regardless of the outcome. [The Register]