You’d Never Want To Graduate From This Automated Dorm Room 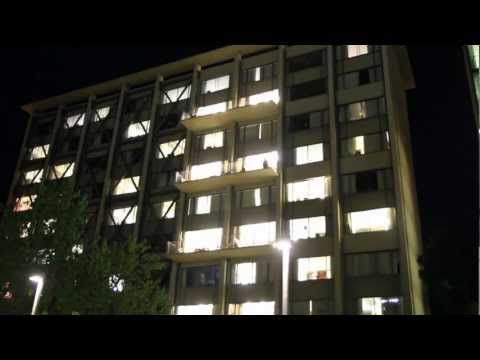 Like any first-year university student, Derek Low wanted to make a name for himself at UC Berkeley. But instead of streaking across the quad, he converted his boring dorm room into what he dubbed B.R.A.D. — or the Berkeley Ridiculously Automated Dorm.

And awesome doesn’t even begin to describe it. Everything in the room — from the curtains to the lighting to the music — can be controlled from either a wireless remote, an iOS app, or through simple voice commands processed by his laptop. Motion sensors automatically bring the room to life when Derek enters, and voice commands shut it all down at the end of the night.

But B.R.A.D. goes beyond the basics. More complicated macros can completely change the room’s environment. There’s a romantic mode — complete with a spinning disco ball and a little Elton John on the stereo. There is, of course, a party setting. Homework mode shuts down everything except the desk lamp. Sleep mode draws the curtains as it douses the lights.

After all, the college experience isn’t just about getting a degree. It’s also about engineering a futuristic dorm room that’s guaranteed to be the envy of the entire class of 2016.

Prized Possession: The big red Emergency Party Button beneath a flip-up cover. This automatically closes the curtains, cranks up the music, casts red and green lasers across the spinning disco ball, activates the fog machine, then turns on a black light. Oh, and a strobe light.

Geekiest Gear: A morning alarm that plays Justin Beiber’s Baby until Low is physically forced to get out of bed to turn it off.

On the Wish List: The same room next year.