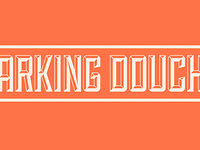 But tattling’s only half the story. We assume the Russian police have bigger fish to fry, so instead of reporting these offences to the authorities, the drivers are publicly shamed via online banner ads. The app has users snap photos of the vehicle and its licence plate with embedded GPS data, which are uploaded to a server where the make and model is automatically determined. The vehicle, and its actual licence plate, are then used in annoying pop-up ads on websites that only appear in browsers near where the car is illegally parked, based on local IP addresses.

Even if the video and the app are completely fake, the idea is still a brilliant way to deal with douchebags who feel the world is their parking spot. And while it doesn’t sound like things are quite so bad here, there are still plenty of drivers who illegally use handicap spots or take up multiple spaces so their cars don’t get scratched. And this sounds like a more civil solution than just keying up their paint job. [Vimeo via Kottke]