Image: Planet of the Humans

Michael Moore’s Garbage Planet of the Humans Has Been Removed From...

Time to burn this mother down. (Image: Netflix, YouTube)

Netflix’s Dark Unveils the Last Cycle With a Fiery Season 3...

Brain Scans Show What Dogs Are Actually Thinking About 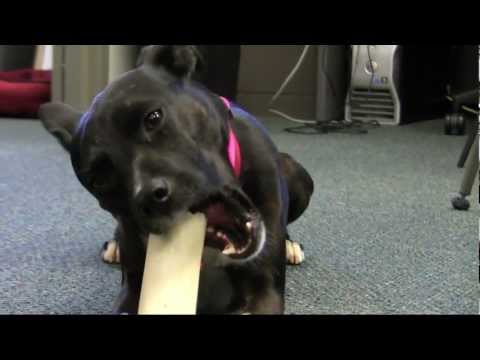 It’s human nature (and human folly) to pretend we know what our dogs are actually thinking about. Oh, he’s happy! Oh, he’s tired! Oh, he loves this! That’s not exactly a scientific way to look at things. Brain scans, however, are super scientific. So scanning the brains of dogs means its possible to know what dogs are really thinking.

Gregory Berns at Emory University in Atlanta, who was inspired by war dogs and their abilities, wanted to take a closer look at the thinking of dogs and took the first brain scans of dogs that were “fully awake” and “unrestrained”. In one of his tests, he noted how dogs respond to human signals:

In the first experiment, the dogs were trained to respond to hand signals. One signal meant the dog would receive a hot dog treat, and another signal meant it would not receive one. The caudate region of the brain, associated with rewards in humans, showed activation in both dogs when they saw the signal for the treat, but not for the no-treat signal.