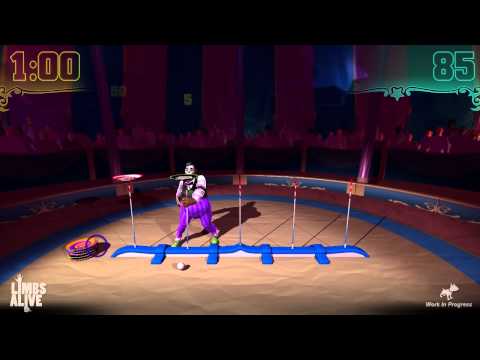 games that, for once, actually look fun

The LimbsAlive games are a set called Circus Challenge. And while the soundtrack risks billowing over into psychological torture if you’ve got to play the games for hours and hours every single day, there’s no question that building a real, actual game for people is more engaging than Stick The Dot in the Middle of the Circle, and other blockbuster recuperation games. The games run on tablets and PCs for now, with Wii/PS Move controllers, but you can easily see this getting hacked to work on actual consoles, or the Kinect. [LimbsAlive via CNET]