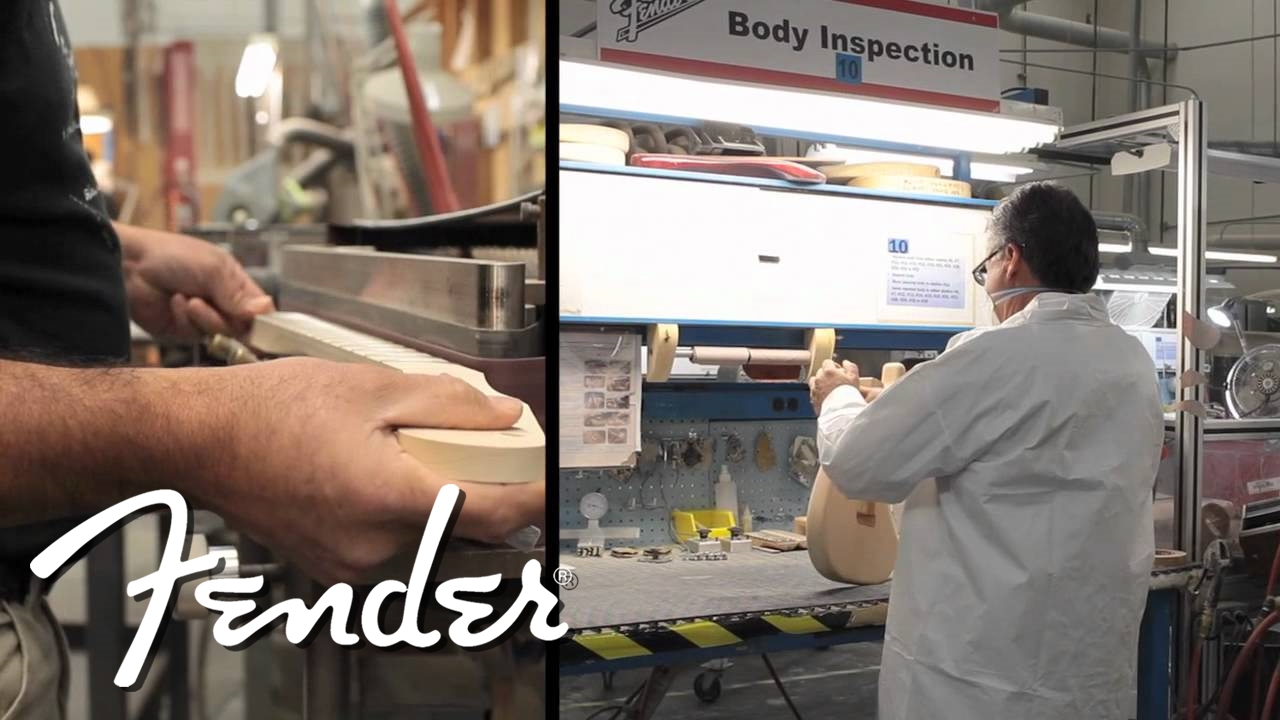 This time-lapse video called A Strat is Born (get it?) takes a behind-the-scenes look at how Fender makes its famous stratocaster electric guitars at its factory in Corona, California. And it’s less dependent on machines and robots than you might think.

After watching the video you’ll understand why Fender actually refers to it as its ‘manufacturing facility’ instead of factory, which implies the guitars are rolling off an automated assembly line. Instead, there’s a considerable amount of hand craftsmanship involved in the creation of a Stratocaster. And I’m sure the meticulous workflow is why the company’s guitars have been so popular with musicians for so many years. [YouTube via Notcot]