Phones Were More Interesting In 1979 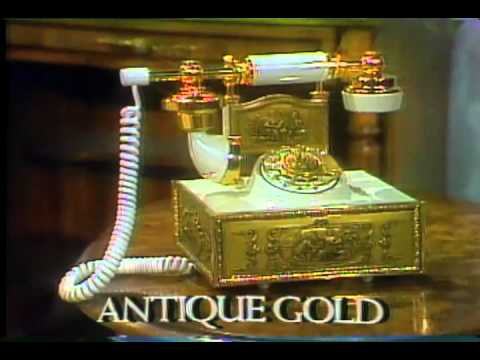 Sure, most of the handsets in this Bell advertisement are pretty hideous — but it was the late ’70s, man. These were hideous times. And besides, I’ll take the wacky “Sculptura” and “Stowaway” over today’s sea of black blech rectangles.

Would we buy any of these phones, even if we still had a landline? No — the “Early American” is perfectly matched with its geriatric owner, and the rest are aesthetically reserved for cocaine dealers. But there’s actually some intriguing design here! It’s tacky to our sophisticated eyes of the 21st century, but phones that folded into boxes with retractable cords were pretty neat in their own, horribly antiquated way.

We need something of that now! There’s no shame in admitting the Lumia 900’s garishness is part of its charm. It’s a blazing cyan box, which has nothing to do with how well it runs apps or hops around online, but, God, it’s something other than an iPhone clone. It has some “personality” — and for something you’re going to touch and look at probably every single day of your life, it’s important. Visual monotony punches the soul in its kidneys. Less Apple ripoff, more Sculptura ripoff. [Laughing Squid]